Perth, Australia -- (SBWIRE) -- 12/28/2011 -- Studio Leaks, the latest online Hip Hop forum on the come up has just announced the winners of the 2011 Studio Leaks Hip Hop Awards. The Studio Leaks forum is the home for the latest Hip Hop News covering the music industry, new releases, album reviews and more with an emphasis on Young Money and Shady/Aftermath artists.

This year’s award winners were Kanye West & Jay-Z’s “Watch the Throne” for Album of the Year; Kanye & Jay-Z’s “N****s in Paris” for single of the year; Lloyd Banks – “The Cold Corner 2” for Mixtape/EP of the Year; XV for Most Promising Rapper; and, Adele’s “21” for Best Non Hip Hop Album of the Year. “The Awards also list the runner up and as many as ten of the top spots garnered below number one in descending order,” said the forum moderator. “The real excitement comes in the open threads as people respond to the winners and those that didn’t make the cut.”

Each category works on an awarded points system where members list their top five picks in each category in descending order with a specific point system established by the Website. Points are tallied by the staff and winners are posted on the forum’s Hip Hop Awards page with full point disclosure. The picks for each category must have been released between December 21, 2010 and December 21, 2011. Voting was open for five days and only members with 200 minimum posts and good standing on the forum were eligible to vote. For more information, please visit http://www.studioleaks.info/

About Studio Leaks
Studio Leaks is a leading online Hip Hop forum with a growing membership of thousands of Hip Hop enthusiasts from the U.S. and around the world. The forum features discussion threads covering the latest Hip Hop and Rap news and releases with an emphasis on Young Money and Shady/Aftermath artists. In addition, the Website’s forums cover other music genres and a variety of entertainment and lifestyle categories. 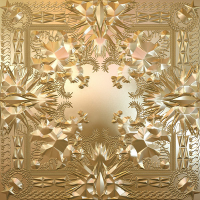