Super Bowl 2013 : National Anthem to Be Sung by Alicia Keys and the Half Time Show by Beyonce

Super Bowl 2013: Alicia keys has been selected to sing the National Anthem during the upcoming Super Bowl 2013. On the other hand Beyonce will be doing the Super Bowl 2013 Half time performance which will be sponsored by Pepsi.

Chennai, India -- (SBWIRE) -- 01/30/2013 -- The Super bowl 2013 has arrived. It is announced that the National anthem during the Super Bowl is to be sung by the granny winning R&B singer Alicia Keys at the Mercedes-Benz Superdome in New Orleans on Feb 3rd. Check out more information about the Super Bowl 2013 national anthem here.

The 31 year singer has also done many TV shows and concerts. She has also appeared in a couple of films. She was considered the best selling R&B artist of 2001. On November 27, 2012 she released her fifth studio album “Girl on Fire” through RCA records. Alicia Keys is also the co-founder and Global ambassador of the non profit organization “keep a child alive”. The organization provides medicine to HIV infected families in Africa. Kelly Clarkson sung the Super Bowl national anthem in 2012 at the Lucas oil stadium in Indianapolis. 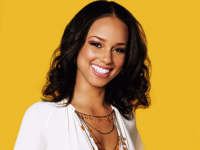