Hong Kong, China -- (SBWIRE) -- 09/16/2019 -- SVPER has proudly announced the launch of its all-new and revolutionary wristwatch called SVPER11. This remarkable new design is inspired by the moon landing and it features an exciting 3D Topographic Face. SVPER11 was designed to take the human imagination to the next level. Every glance at the watch shall remind us about one of the most unbelievable achievements of us as humanity. To make this project a reality, the brand recently launched a crowdfunding campaign on Kickstarter.

SVPER11 is a watch that brings together both past and future in a technological masterpiece like no other. The watch reassures people that humans are truly capable of achieving the impossible. 50 years ago, in 1969, NASA landed the first man on the moon through its Apollo 11 mission, which became the inspiration for SVPER to create this one of a kind watch.

The high fidelity maps of the Moon, released by NASA, served as guidelines to recreate the topography of the moon landing area - The Sea of Tranquility. The 3D topographic map of the region became the face of the watch.

In addition, the crown of this amazing watch is inspired by the oxygen valve from the space suits of the Apollo 11 astronauts. Moreover, its glass dome is made out of mineral glass, and it is covered with a Sapphire layer. Furthermore, the watch also features high-end Japanese Seiko Quartz movement, which creates a sweeping motion just like that of a radar.

The Kickstarter Campaign is located on the web at: www.kickstarter.com/projects/1952495256/svper11-moon-landing-inspired-watch-with-3d-topographic-face and backers from around the world can become a part of this project by making generous pledges and donations. All funds raised through this Kickstarter campaign will play a major role in the production of this watch and the goal of this campaign is to raise a sum of $38,345. Furthermore, the watchmaking company is making this luxury affordable for everyone by offering this watch as a rewards for the backers of this campaign with free worldwide shipping.

About SVPER11
SVPER11 is an inspiring new watch by the innovative design group called SVPER. The watch is inspired by the NASA's Apollo 11 manned mission to the moon and it has a lot of high-end features inspired by that historic event. Furthermore, SVPER is currently crowdfunding this project and the Kickstarter campaign is already getting a phenomenal response from around the world. 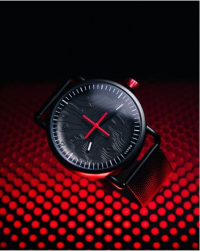 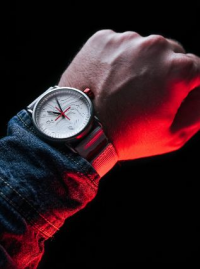