Randolph, NJ -- (SBWIRE) -- 07/18/2014 -- With the second quarter of the year coming to an end, Talk Stream Live has compiled its quarterly ranking report based on listeners through the site, apps, social networks, and other gadgets. The survey was based on listener sessions between the period of April 1 and June 30, 2014. In what might be considered the widest listening base in the history of the streaming talk radio site, TSL formulated their ranking report with a sample size of one million listener sessions; a remarkable achievement.

Finishing the quarter on top with a share of 20.1 was iconic radio host Michael Savage, a full eight points ahead of the second ranked host, Rush Limbaugh, who came in at a 12 share. Savage has increased his share of listeners and further separated himself from the competition as the first-quarter rankings saw his share seven points ahead of Limbaugh. Talk Stream Live, one of the leading platforms for streaming radio online, has seen Glenn Beck drop two positions to round out the top five. As it stands, the hosts in the top five are Michael Savage, Rush Limbaugh, Laura Ingraham, Mark Levin, and Glenn Beck.

Laura Ingraham is the longest reigning nationally syndicated female conservative political talk show host in America. The new rankings saw her share jump from 5.4 to 6.4 through the first two quarters of the year, which enabled her to hurdle both Levin and Beck. Airing weekdays at 9 am, her show is heard on hundreds of radio stations throughout the country as she treats her audience to her wit and wry sense of humor. With a legal background that includes duties as a Supreme Court law clerk, Ingraham is the fill-in host on Fox News’ The O’Reilly Factor. Trending upwards with her widespread audience, Ingraham has broadened her topic range to appeal to new listeners and keep previous listeners coming back for more.

Talk Stream Live would like to wish their congratulations to Michael Savage and his show “Savage Nation” for his continued success. Utilize any of the TSL platforms and listen to Michael Savage online radio, or listen to his exclusive interview with Tom Donahue on the TSL Talks page of the website today. 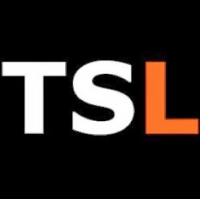