Being a professional actor on the stage and a Bollywood actor, young, handsome, and talented Tarik The Tenor is going to enrich the experience of any luxury event or wedding.

Los Angeles, CA -- (SBWIRE) -- 04/09/2015 -- A singer with a truly unique talent who won best looking male singer award in Asia and best unique voice and entertainment award in 2015 is now giving people the opportunity to hear him live. He is available for weddings and luxury events across South-East Asia.

Tarik The Tenor graduated at the Conservatory of Arts in Cologne and is only 35 years old, but his powerful golden voice became popular worldwide. He was the youngest contracted Opera tenor in Germany in the famous Heidelberg Opera House. He is performing various Musicals, Opera Arias, and classical crossover works for weddings and other special events in south-east Asian countries like Singapore, Thailand, China, and Indonesia.

The professional Opera Tenor comes from Germany, where he developed his opera career. He chose the beautiful island of Bali for his current home, which gives people in Asian countries an opportunity to enjoy his performing live.

After receiving invitations and performing in different luxury events in Shanghai, Hong Kong, Indonesia, Thailand, Singapore and other Asian countries, he quickly became famous with his class performances. He can sing in the styles of much beloved Andrea Bocelli, Luciano Pavarotti, Il Divo, and Josh Groban.

He can perform for any occasion, having a distinctive "look" based on the client's needs and the event's specificity. He can be dressed in a full opera gala costume or themed dress, fascinating the audience with his magical singing.

People, who want to make any event special and memorable, can invite and book Tarik, the tenor as an international guest.

For more information, please visit his website at http://www.tenorweddingsinger.com/ 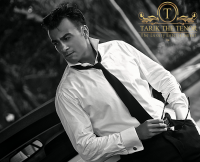 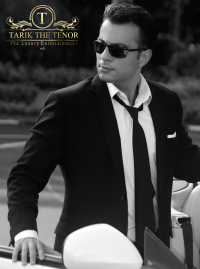