Ted has a proven track record in the corporate world working for IBM, Siemens, DELL, and Verizon as in Direct Selling and Internet Marketing.

Draper, UT -- (SBWIRE) -- 12/24/2012 -- How did I first come into contact with network marketing?  (From Ted Nuyten) “It started as a result of a cold call back in 1993. A woman I did not know found my name and telephone number in a sports magazine.  At the time, I had a sports company and had advertised in the magazine. She asked me if I was interested in taking a look at a new business model.  Although I was not expecting anything to come of it, I decided to go to the presentation. I was enthusiastic about the business model right from the start. Rather than being dependent on my own sales, I could build a team and earn commission.”

In less than a day, my wife and I became distributors for NSA, which was then a supplier of water and air filters, and is now known as Juice Plus+.  I was quickly able to sign up around 20 people, resulting in a team of a few hundred distributors. You soon notice that the team process is about more than simply signing people up yourself. For me, it was easy: I knew lots of people and was extremely enthusiastic. I even flew to the USA to find out more about the company and MLM at a convention. Some of the distributors in our team found the process of duplication difficult.

As time passed, NSA changed course several times, something my group found difficult to handle and it gradually fell apart. I still had a conventional business, so I focused attention on that. That was until december 2007, when my wife received an approach from an acquaintance about a new MLM health and wealth company.  In 2008, I was helping my wife build up her new home-based business. At the time, I was working in sales positions at companies like IBM and Dell. My colleagues at work asked me whether it really was possible to earn money in MLM or network marketing in view of the fact that there were very few top earners in the Netherlands.

I had a list of top earners within my wife's MLM opportunity and posted it on a small website to show my colleagues that the business model actually worked. In order to enable an effective comparison, I also posted the income of the top earners at a number of other companies.  Within just a few weeks, I was receiving traffic from across the world.  I had discovered a niche without actually looking for one. I then decided to expand the http://www.businessforhome.org website professionally. Nowadays the website attracts 4 million+ visitors annually from 150+ countries.

About Ted Nuyten
Ted Nuyten lives in the Netherlands, near Amsterdam. Ted has a proven track record in the corporate world working for IBM, Siemens, DELL, and Verizon as in Direct Selling and Internet Marketing. Additionally, Ted Nuyten is the founder of the Business For Home website, which is ranking 8,400+ Top Earners in the Direct Selling, MLM and Network Marketing industry

The Business For Home.org mission: 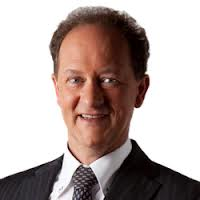