San Fransisco, CA -- (SBWIRE) -- 05/18/2012 -- The aging process is inevitable in humans due to telomerase, the enzyme that allows DNA to regenerate, only being produced at the foetal stage. By 25, our supply is diminished and the aging process begins to advance. The telomerase enzyme is found to be permanently active in so-called “immortal” fish and other creatures unaffected by the aging process.

Telomerance is a new anti-aging telomerase supplement designed to restore the supply of telomerase to those over 25 and slow down the onset and veracity of the aging process.

The Telomerance website features a detailed, scientific description of the product and how it works for consumers, including historical background on the discovery of the enzyme and how the anti-aging supplement was derived.

The website is host to many articles on the science at work with Telomerance and other telomerase based anti-aging products and associated competitors to help describe the benefits in both absolute and relative terms. The site also plays host to an FAQ addressing popular user-based questions and giving informed answers to set consumer’s minds at ease about the new product, its potential and usage.

The sidebar also features user testimonials from individuals who have been early adopters of the supplement and have since turned evangelical about it; their first hand experiences with the supplement explain the process from a consumer’s point of view and describe the benefits they themselves have received.

The website also has an infographic breakdown of all the nutritional components of the supplement, insisting all-natural ingredients are used in its composition for best digestion and metabolism of the enzyme.

The spokesman for the product clearly outlined why they believe it has the capacity to be an anti-aging game changer, “With the abundance of online information and claims of anti-aging products circulating, it can be a daunting task to sift out the hype from the scientific facts.

While doing such recent online research, I had discovered some startling information. Using today's most current technology including a 2-stage process to extract critical anti-aging telomerase enzymes and peptides from the cellular infrastructure of select glandular tissue, Telomerance delivers the exact enzymes that degrade after your 25th birthday.”

About Telomerance
Telomerance is focused on research and development in the field of anti-aging and longevity, and also educating public on optimal health and well being. For more information please visit http://www.telomerance.com 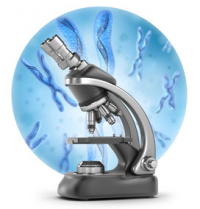