Terence Bernie Hines is a talented actor with years of experience, and the upcoming movie that he stars in as a supporting actor, ‘The Secret Life of Waletr Mitty’, has been creating a buzz since quite sometime now, directed by and staring Ben Stiller.

Provo, UT -- (SBWIRE) -- 10/02/2013 -- Terence Bernie Hines is a devoted actor who believes in his talent and the forte of acting that he has been gifted with, that motivates him to do great work on-screen and helps him grow. His experience extends to the quality and the sincerity of his work. He has gotten the opportunity to share the stage with the veteran actor Ed Asner among others. Terence Bernie Hines is excited about his upcoming film called "The Secret Life of Walter Mitty", that is directed by Stiller.

"The Secret Life of Walter Mitty" also stars Ben Stiller as the leading man along with Kristen Wiig, Adam Scott, Sean Penn, Shirley McClaine and Patton Oswalt. Mr. Hines plays a supporting but important role in the film as ‘Gary Manheim’ who is a friend of Ben Stiller’s Mitty character. The film is a remake of Danny Kaye's 1947 classic "The Secret Life Of Walter Mitty." The remake by Stiller revolves around the life of a placid, easy going photo manager at LIFE magazine, and how he is run over by almost everyone in his life, but he has this ability and has found an easy way to escape into daydreams where he lives the kind of life that he wants to; inopportunely the escape from reality does him more harm than good –that is until he has to go on a real life adventure that takes him all over the world. The movie has it’s premier on October 5th at the New York Film Festival. It is going to be released commercially in US on Christmas.

Terence Bernie Hines debuted on-screen with the scene in the Farrelly Brothers’ “Stuck on You.” Since then, he has been successful in acting on the small screen in such shows as “ER”, “It’s Always Sunny in Philadelphia” and “Raising Hope.” He has worked on eighteen movies and has been honored by having worked with great actors like Matt Damon, Greg Kinnear, Cher and Meryl Streep as well as Harrison Ford, Alfred Molina and John Cusak.

“I like to believe in what I am doing and the story I am telling. I look for parts that inspire me and give me a chance to inspire others with what I do in those roles.” Says Hines. His most recent movies include “Rushlights’ that is a murder mystery. He has other projects lined up too, and the future looks quite bright for this actor. 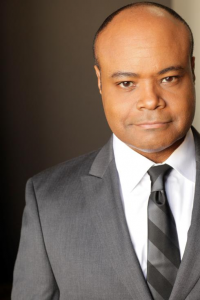