Kigali, Rwanda -- (SBWIRE) -- 03/05/2014 -- April 2014 will mark 20 years since the genocide occurred in the small landlocked nation of Rwanda, where nearly 800,000 Rwandans were killed over the span of 100 days. Rwanda has begun to heal and rebuild over the last two decades. From a war torn country to a central hub for business, technology, and education; Rwanda has so much more to offer the world beyond the story of its brutal history.

A small part of that progress has occurred at the Adventist University of Central Africa (AUCA). A University which was ransacked in 1994, forcing it to shut down for two years and later move to temporary facilities because of returning refugees from the DRC. After nine more years, in 2005, construction could finally begin on its new campus in Kigali. By 2012, the opportunity for some of its student population of 3,200 to learn music was made available. In 2014, the opportunity for a group of those music students to represent their country in the United States of America is nearly possible.

In a first for the University, and for any University in Rwanda, an extracurricular music program is now being offered to the students. Trevor Loucks, an American pianist from Boise, Idaho, has been working to start and build this program since July 2012.

The funding that is being requested relates to the roundtrip cost of airfare from Kigali, Rwanda to Boise, Idaho. It would be a dream come true for these students to represent Rwanda in the United States of America. And it would be a powerful witness for the people in the U.S. that they will meet to get to know these students on a personal level. To see directly the life they have lived, and are living now. 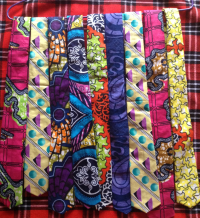