The Caine File: The Human Condition Collides with Itself in Compelling New Novel, Exploring Supernatural and Man-Made Evil Within the Church

Masterfully crafted by Angela Ciccolo, ‘The Caine File’ fuses a real-world examination of sexual abuse within the church with a compelling story of supernatural horror. While genre-defying and highly engrossing, Ciccolo’s narrative will leave readers pondering how much evil in the world is the result of the human condition, and how much spawns from forces beyond anyone’s supposed control…

Ashburn, VA -- (SBWIRE) -- 05/14/2014 -- Good and evil are part and parcel of the human condition and, while many rush to blame specific individuals for evil acts, a powerful new novel examines if this negative force could be supernatural and beyond anyone’s control.

Everything plays out in ‘The Caine File’, which fuses an engrossing story of exorcism with powerful social messages about the real world. While primarily fiction, Ciccolo is leaving her readers with plenty to think about in their own lives.

Church officials claim demons possess Sam Charleroi, but Father Robert Malveaux isn't convinced. The disillusioned church lawyer knows his superiors are capable of manipulating a child for their own ends, especially one who's the center of the latest ecclesiastic sex-abuse scandal. To Malveaux's mind, Sam's "possession" is nothing more than psychological trauma, coupled with the stress of his parents' divorce and preexisting mental illness. Elderly, spiritually sensitive Mae Etta doesn't share Malveaux's certainty. She remembers her childhood friend Harold's death, his bloodless skin left carefully folded.

Now Sam seems connected to Harold's spirit, and a skinned corpse lies in the local jail, the remains of a guest arrested at the Charleroi estate—a fact that doesn't escape Sheriff Roger Luby. As Luby continues his investigation and the Charleroi family threatens to implode, Malveaux struggles to differentiate between church politics and actual possession.

The stakes are high. The rigors of an exorcism can kill. And if demons truly torment the child, they want Malveaux's soul. The answer to the priest's dilemma may lie in The Caine File, an ecclesiastic text documenting demonic activity through the ages. But can the priest believe what the file contains?

“While we like to think that all of the world’s evil can be explained, much of it cannot,” says Ciccolo, an award-winning Civil Rights lawyer. “Opposing forces clash in my book as readers explore what evil man is ultimately responsible for and what evil the Devil plays with in his hands. Further to this – can both forces meet and work in unison?”

Continuing, “It’s a very real-world examination, especially as the failings of the church form a big part of my narrative. There’s a lot of stigma and stereotypes surrounding the church these days, but perhaps not all of it can be blamed on people themselves. In doing battle with Satan, in all his incarnations, the church and its servants, as imperfect as they may be, still have an important role to play in tipping the cosmic balance in favor of good over evil. Readers can expect to turn the last page with plenty to ponder.”

Since its release, the novel has been garnering rave reviews.

For example, one reader comments, “The author let me read an advance copy and I loved it! Great social messaging, great historic passages in the sections related to Jon Tomas Nunes. Looking forward to more good books. A page turner for sure.”

About Angela Ciccolo
The author lives in Ashburn, Virginia. 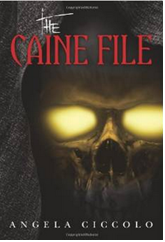