The Corporatethief Beats aka Daniel Hartnett is a young rap music producer from Ireland. Daniel provides a low cost hip hop music licenses to rap artist's for mixtapes and albums. He is the owner of a music production website called www.thecorporatethiefbeats.com where all of his hip hop music is located. His website is also a hub of music promotion tips and tutorials for hip hop artist's showcasing all of his tried and tested method to music promotion online.

In his youth Daniel learned from an early age many musical instruments , including the piano and the guitar. Along with that he joined some local bands and took part in open mic nights in local bars and night clubs.

Daniel's rap music youtube channel has grossed over 650,000 video views and he has produced tons of rap beats in different genres. Some of which include trap beats (fast rap beats) , hip hop, pop instrumentals and new school beats.

Daniel uses a combination Logic Pro and Pro Tools to produce most of his rap beats. Displaying his own signature sound with screaming lead melodies and a playful nature with song structure. Some of his main influences include Nate Hills aka Danja , Kanye West , Red One , T-Minus, 40 and Max Martin.

All long with his passion for making rap beats, Daniel has also added some extra's to his presence online. This can be seen with tons of music marketing advice , tips and tricks , tutorials. All of these can be found on his music blog on The Corporatethief Beats website along with his ever growing youtube channel.

His website has become a hub of music marketing information for hip hop artist's. Showcasing how they can promote their music online too. With all of his tried and test methods to promotion music online, sharing them with his audience.

His website offers low cost music licenses to up and coming independent rap artists. These are in the form of a lease or a non – exclusive license. These rap beats can be used in mixtapes albums and singles for an artist that is on budget but still wants to get professional beats for their project.

These types of music licenses are perfect for rap artists who are looking to buy rap beats but haven't made a name for themselves yet and don't have the capital to invest a lot in creating mixtapes.

For more established artists who have a following Daniel has created exclusive beats for sale on his website. These types of licenses are mainly for artist's that are backed by label or have a large following of fans who are ready to buy music. The exclusive beats are provided at competitive online prices that can work with any artists budget.

Get more information about his beats you can reach him here at his site : 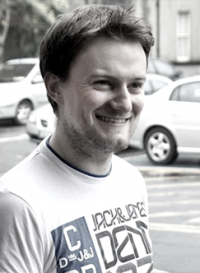