New York, NY -- (SBWIRE) -- 05/22/2014 -- Offering online services only payable in the most popular digital currencies, The Crypto Currency Store now accepts New York Coin along with Bitcoin, Litecoin and other top cryptocurrencies. Since it's launch only 2 months ago, New York Coin has been gaining more and more traction with continued merchant acceptance. The New York Coin Foundation today announced plans to launch a SUMMER IN NEW YORK event which will be centered around a "boots on the ground" guerilla marketing blitz in New York City to target wide-spread merchant acceptance of New York Coin (NYC).

"Our supporters will explain the many benefits of accepting cryptocurrencies, assist business owners with application set up, provide online tutorials and offer all merchants a toll-free support number. This will be a first in the cryptocurrency sector - not even Bitcoin has solicited businesses in person. Our goal is to become the most accepted digital currency in New York City by the end of 2014" -- stated a representative from The New York Coin Foundation.

The Official Digital Currency of NYC has been quickly building a base of supporters and miners online. New York Coin is a scrypt-based digital currency with no premine, no IPO and was recently launched on March 6th of this year. With a total coins ever to be mined capped at 100 Billion, the high concentration of technical savy, college educated, upper income residents in the greater New York City area may turn out to be the perfect market to test a true regional digital currency.

The New York Coin Foundation recently announced a July 4th "air drop" (which means donation in the world of cryptocurrency) to the Top 50 Most Influential New Yorker's - to celebrate Independence Day from fiat currency! They also plan to unveil a large scale, City-wide distribution of NewYorkCoin to yet unnamed charities during a "SUMMER IN NEW YORK" presentation at The Bitcoin Center NYC - all donated to The Foundation by early miners of NewYorkCoin.

A new era of decentralized digital currencies based on Bitcoin's original blockchain transaction verification method appears to be gaining ground around the globe. The early investors of any cutting edge technology that manages to reshape entire sectors of the economy obviously stand to reap the largest reward. It remains to be seen if NewYorkCoin can continue to grab market share but appears to be well on its way. 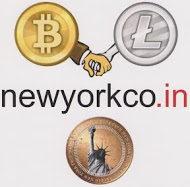 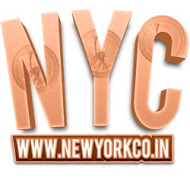