Fort Collins, CO -- (SBWIRE) -- 02/27/2013 -- With a plot as powerful as the concepts it addresses, J Conrad Stambaugh and Edward E Stambaugh II PhD’s ‘The Diary’ presents a potentially life-changing read. Bold, in-depth and inquisitive, its narrative will force readers to question their own beliefs.

"The Diary" Chronicles the angst of every person of conscience who has ever addressed the question of evil in the world. Forrester, a disenchanted psychotherapist, rejects his professional calling and becomes an archeologist. In the process, he discovers the secret diary of Jesus of Nazareth. Recovered under metaphysical circumstances, Forrester's study of the papyrus reveals the destruction of Earth by an alien species and the evolutionary division of the human race into two species with very different destinies. Fearing the fallout of divulging this revelation, Forrester conceals what he has discovered.

An outgrowth of his own research, Forrester is united with a minority portion of humanity (left brain dominant), the "Meek" of which his a member. Simultaneously, his principal nemesis, Cabot (right brain dominant), an immensely wealthy and nearly immortal power broker willing to sacrifice all of humanity on the altar of self-interest strips the Earth to provision his escape vehicle, the Ark. Cabot selects the Meek to populate his Ark believing that they are easily controlled.

“Our book is dedicated to all those who recognize that hope is the most powerful force in the human character,” he says.

Continuing, “For them and for those who wish they could believe - there are only two solutions to the human dilemma, evolution and an act of GOD, this novel addresses both.”

For example, one reader commented, “The Diary is a great read. The intrigue keeps you turning to the next thought provoking page. Perfect for people of all walks of life.”

Critics praise the authors for their diligent attempts to break new ground within the Science-Fiction genre.

With the book’s popularity increasing, interested readers are urged to get their hands on a copy as soon as possible.

‘The Diary’, published by OutSkirts Press, is available now: http://amzn.to/13KsD3o 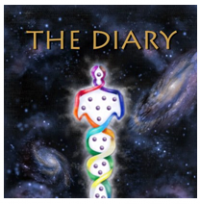