Written by Herbert Garvin, the potentially life-changing book lays out a bold and damning case for switching to plant-based nutrition. With Garvin basing his arguments on both faith and his experiences as a public health professional, ‘The Ignored Commandment’ is set to provide thought-provoking reading for people around the world.

Philadelphia, PA -- (SBWIRE) -- 09/19/2013 -- While many books on health and wellness beat around the bush, Herbert Garvin makes his point abundantly clear; the human consumption of meat is unhealthy. In his bold and powerful new book, Garvin lays out his argument in full while hoping to inspire millions to switch to an exclusively plant-based diet.

‘The Ignored Commandment: and Homo Sapiens Species Evolution’ fuses hard-hitting advice with the stark realities that could come to fruition if humans continue to devour meat as a major dietary component.

This book though based upon medical and public health documentation regarding the dramatic and remarkable benefits resulting from plant based nutrition serves as an opening gesture for further research and documentation to support the importance of our species acknowledging its true, compassionate and humane diet. However, it is unavoidable that this endeavor involve the "Institution of Religions", the principle advocates for God's Commandments.

When the commandment, "Thou shalt not kill", is observed and followed by humanity, we will transcend our species callous disregard for other species life forms and will therefore evolve as a species to manifest the Christ-like spirit and the love and light of God. When we as a species acknowledge that all life forms are due reverential respect and love, then we as a species will evolve to truly respect and love ourselves. I quote the following from : Thomas A. Edison, Inventor: "Non-violence leads to the highest ethics, which is the goal of all evolution. Until we stop harming all other living beings, we are still savages". The China Study, the most comprehensive study of nutrition ever conducted (a forty year study) reveals conclusively that plant-based nutrition is superior to meat based diets. Vegans and vegetarians live six to ten years longer than meat eaters and experience significantly healthier lives. As the most dominant and intelligent species on the planet I believe that we will evolve to acknowledge that we were created to be a non-violent, loving, compassionate and humane species. This book list 101 reasons why our species should become vegans and vegetarians, however, there are really 147 billion reasons why our species must embrace plant-based nutrition. Our species is currently responsible for the premature death of more than 140 billion life forms (souls) annually. Does this fact not make us savages? The irony is that th e three leading causes of death are specifically related to our consumption of meat ; Heart attacks and cardiovascular diseases, stomach and colon-recto cancer and strokes (cerebral-vascular disease).

Therefore I am saying that our species will be the beneficiary of plant-based nutrition in that we will live a longer, healthier life and we will evolve to become a non-violent, loving, compassionate and humane species.

As the author explains, the inspiration for writing ‘The Ignored Commandment’ came from his own switch to a strict vegetarian diet.

“Thirty eight years ago I became a vegetarian for spiritual reasons. I was concerned about my health but fell into the assumption that meat was a necessary part of my diet. Over time, I came to understand that it wasn’t and that it actually contributed significantly to premature death. As a public health professional I have come to realize that the healthiest foods are derived from plant -based nutrition which is essentially free of cholesterol and saturated fats the primary causes of these debilitating diseases and premature death,” says Garvin.

Continuing, “As a species we have evolved significantly with regard to our state of civility towards each other, though not yet perfect. Our next stage of evolution will involve how we as the dominant species treat our species life forms. I hope that humanity comes to realize that the consumption of meat is unhealthy and that plant-based nutrition is not only healthier, but is our species true, compassionate and humane diet.”

Since its release, the book has garnered a consistent string of rave reviews. For example, Jay Nancy Kauffman commented, “This is a wonderful book. The author makes a compelling case that thou shall not kill should be widened to include our food as well.”

With the book’s popularity expected to dramatically increase, interested readers are urged to purchase their copies as soon as possible.

About Herbert Garvin
I became a vegetarian 38 years ago for spiritual reasons. At that time I was concerned about my health and well-being because I was under the impression that meat was an essential and necessary food. However over time I have come to realize that meat is non-essential for the health and well-being of our species. There currently exist a plethora of research and documentation that prove conclusively that the consumption of meat contributes signif cantly to the three leading causes of death and morbidity; i.e., heart attack and cardiovascular disease, certain cancers and strokes (cerebrovascular disease).

As a public health professional I have come to realize that the healthiest foods are derived from plant-based nutrition which is essentially free of cholesterol and saturated fats, the primary causes of these debilitating diseases and premature death. Further, due to my life time association with vegans and vegetarians I have personally experienced and realize the extraordinary and remarkable health status and benefits of plant- based nutrition. Not only do vegans and vegetarians live longer, they also experience and enjoy a significantly healthier life and an amazingly strong immune system.

As a species we have evolved significantly with regard to our state of civility and respect towards each other, though not yet perfect. Our next stage of evolution will involve how we as the dominant species on this planet treat other more vulnerable species. I realize that the human race will not end its meat consumption in my lifetime. However, as a public health professional I hope that humanity comes to realize that the consumption of meat is unhealthy (the antithesis of good health), and finally acknowledges that plant- based nutrition is not only healthier, but is our species true, compassionate and humane diet. 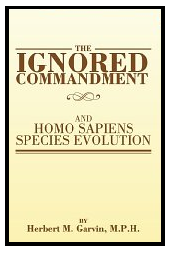