Written by Mark van Brenk, ‘The Lands In Between’ follows the story of one man living a drab and monotonous life. When he decides to make a change and embrace his true reality and identity, readers are thrust on an unforgettable literary journey that will have them re-evaluating their own lives.

Mountlake Terrace, WA -- (SBWIRE) -- 03/04/2014 -- According to author Mark van Brenk, those of us caught up in the routine of daily life can forget to be true to ourselves. As a career Analyst and Developer who is used to solviaang problems, it’s no surprise that van Brenk has written a book to help readers discover the joys and fulfilment of living authentically.

‘The Lands In Between’ speaks on behalf of millions of people through Elijah Green, a man who is more than sick of his laborious, routine-driven life. However, as readers quickly discover, a series of events will change his reality forever.

Accountant Elijah Green is perhaps the most normal man ever to set foot on the planet Earth. His normalcy is completely shattered when he is kidnapped by an ogre and a British cyborg who inform Elijah that he is to be recruited for a job by their employer.

Little did any of them know that Elijah was to be their new boss and lead a bureaucratic organization that explores and maintains the "multiverse" in which thousands of worlds intersect. Diplomatic relations with a benevolent Genghis Khan, direct combat with a Third Reich largely populated by werewolves and saving stubborn and loyal centaurs from oppression are now in Mister Green's job description. Is he up to the task?

Is he willing to truly leave behind the normalcy of his old life and embrace a destiny he could have never imagined?

As the author explains, his narrative is a metaphor for our quest to embrace our true nature and the freedom that brings.

“Everyone has a path that is one of their own making. When we embrace who we are and stop worrying about what we 'should' be doing or thinking, we can take leaps of faith and live authentically. When Elijah stops worrying about the impression others may have of him and starts living his own purpose, he finds freedom in not having to live to suit the expectations of others. We all can make these choices and we all deserve that freedom” says van Brenk.

Continuing, “Ultimately, Elijah discovers that love wasn’t as far away as he’d imagined and that he really can be happy if he chooses to be. I think everyone wants to believe this is true and I truly believe that it can be true for all of us.”

Due to the success of his first novel, van Brenk has recently announced that he’s turning it into a series.

“This is just volume one, with the second book due out later this year. Elijah’s story has only just begun and there are many more adventures and stories to share,” he adds.

In the meantime, ‘The Lands In Between’ is available now: http://amzn.to/1kOKLmB.

About Mark van Brenk
Mark van Brenk is a loving father of three and husband of one who lived the early part of his life in and around Sacramento, California and now lives in the suburban jungle north of Seattle, Washington. He has worked as an analyst and developer in the aviation industry for close to fifteen years. His hobbies include blogging annually, experimenting in the kitchen with cuisines and dishes previously unknown to him and staring lovingly into the beautiful eyes of his incredibly supportive wife, Cicele. He has been called “amazing” (by his children), “brilliant” (by his wife) and many, many other adjectives by many, many other people. His sense of humor is dry and witty like a very dry and witty wine. It has been said (by him) that he is very easy on the eyes and it has also been said (by others, immediately after his boasting over his looks) that he is excellent at creating works of fiction. 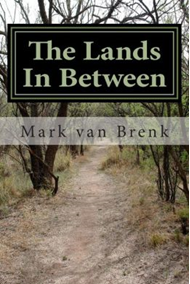