How to Become Number One in Your Niche

Rancho Cucamonga, CA -- (SBWIRE) -- 07/21/2017 -- Dr. Letitia Wright created the Media Icon™ Program for Coaches, Authors, and Consultants who want to be considered number 1 in their niche. With over 1,376,080 books published in 2017 (at the time of this article), how do the authors stand out? With hundreds and thousands of life coaches coming into the market daily, how does someone stand out? "The Media Icon™ program was created to answer those questions," says Dr. Wright.

"When I meet authors, most of them have no plan on how to market the book. They have spent all their time on the content with no plan on how to get the book in front of people who want it," says Dr. Wright. "That is a plan for failure. Most people want to be authors, but they also want people to read their book. Gathering a tribe who is interested in what you have to say is key to a best seller that makes money. I invite all authors who book is more than four months old to talk with me about how they can continue to get sales and new clients."

About Dr. Letitia Wright
Dr. Letitia Wright is a highly-esteemed and notable business women. She is the Executive Producer and host of her nationally syndicated television show Wright Place Television, which is now in its 16th season with the bandwidth expanding over 6.5 million homes each week in Southern California on Direct TV Channel 64. Wright Place is also seen nationally on DISH on Demand spanning its reach to 60 million plus homes. Operating in the mainstream arena as an International Spokesperson, Dr. Letitia Wright is called upon as a pioneer and advocate for others as a change agent and has been requested by Industries Leaders globally; international and nationals markets to impact well-renowned professionals by speak to crowds expanding well-over 3,600 patrons.

Authors, Coaches, and Consultants are invited to no-cost telephone consult with Dr. Wright and can schedule an appointment here: http://wrightplacetv.com/speak 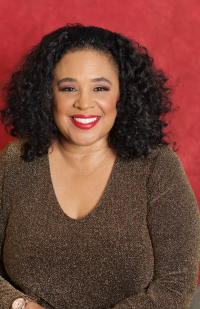