Phoenix, AZ -- (SBWIRE) -- 03/01/2013 -- Tenth Generation Shaman Moughenda Mikala is on a mission greater than most people know. He often says “He is not here to save the whole world” but when you realize the healing power of the African root bark, Iboga and look at his mission: " to spread the healing of the Iboga root to the world". It's hard not to think otherwise.

Fourteen years ago, at the age of 31 he left Gabon, Africa, his family and tribe of 200 people of whom he is responsible for. This was significant for him because being a shaman in his tribe means he is accountable for their health and greater good. Passing on his Bwiti tradition of healing and protecting with herbs and other spirits (which has been in his family for over 1,000 years) to future generations, is vital to fulfilling these responsibilities.

“To leave was a choice I had to make, spirits where telling me that this was my mission, it was time for more people to know about Iboga and its importance in human health and this mission was greater than the importance of me staying to take care of my tribe, which is predominant to most Shamans. Iboga is for everyone not just us and now more than ever people living in the West need Iboga”

Moughenda went from living in a third world to living in Harlem, NY and continued to live in the US for more than 11 years. He learned English, took odd jobs and provided free treatments to people in Canada and Mexico. Today, he and his Canadian wife have their center in Costa Rica which continues to grow since it opened 3.5 years ago. The center is seeing an average of about 24 people per month now with five Shamanic Iboga providers, trained by Moughenda. They run sessions from time to time while he is in Gabon fulfilling his Shamanic obligations.

“People in my tribe and surrounding villages who rely on our Bwiti healings don’t have the same problems that exist in the West. It’s not that they can’t get sick. They are people too, but our tradition prevents them from getting life threatening illnesses or from things like depression or other mental disorders, which are often the root of many diseases. Of course people die or get sick at old age: from working to hard or physical injury but people in my tribe rarely die or get sick from diseases.“

Moughenda sees diseases as manifestations of spiritual and mental disorders or exposure to harmful man made substances. At the ages of 12 - 15 years many children in Moughenda’s tribe step into their adulthood by passing through a rite-of-passage which involves spending days to weeks in the jungle overcoming physical fears and ingesting Iboga, for their full-initiation, which connects a person with the spiritual world.

In making this connection, the initiate goes through a rebirth, extinguishing fear on mental and spiritual journey levels. This two-part process, in their tradition, produces sound, healthy, grounded teenagers. It allows them to release any fears and beliefs that are not serving them by showing them the truth about the universe. In addition to connecting them strongly with their ancestors and other powerful spirits who are there to serve them in a healing way, it also arms them with Iboga that will stay in their body for years, protecting them from harmful chemicals they may encounter in today’s dangerous world. The initiation prepares them for a life of peace, truth, happiness and sound health.

“What we are doing at our center in Costa Rica is putting people through a mini rite-of-passage with Iboga. It not only cleans their body of harmful chemicals but it also gives them a spiritual awakening and mental skills to stay healthy ” says Moughenda.

During an Iboga treatment, the plant medicine takes away ones ability to have denial. It connects one with ones true self. So you have to face the issues you may be hiding from and in doing this you release them. Iboga is like hitting a reset button; a sort of rebirth.

“For the most part, people in the West are lost. They don’t have a tradition that provides them complete physical, mental and spiritual health. Some Indigenous healers are doing good work but they are the minority. In Central West Africa, the Bwiti is the fastest growing tradition because it works. It is our tradition which is our roots and has kept us strong and healthy for centuries. I understand we also don’t get exposed to the same level of chemicals, drugs and pollutants that people are getting exposed to here in the West. With Iboga, we have been detoxing people from the Western world by treating mental illnesses and addictions some people say are incurable” the shaman states.

Iboga is the most powerful all natural detox that exists according to Moughenda and his team. “With Iboga we can detox an opiate or heroin addicted person in as little as 24 hours with little to no withdrawal symptoms. We also detox many people from SSRI’s and other addictive pharmaceuticals that provide nothing more than a band-aid solution to the real deep issues.”

The detox is only one part of the process without the guided psycho-spiritual Iboga journey and a persons openness to change, the Iboga detox is just another band aid solution. In addition to Iboga it takes a willing participant and a skilled guide to really heal someone from mental/spiritual issues.

Iboga House’s administrative team is really selective in who they allow into the program. The prospective patient not only has to pass a medical and psychiatric questionnaire but they have to pass a phone interview. The team’s selection process has proven effective with an overall success rate of over 71%. Also, not to mention 13 of the centers past clients are now employees of the Iboga House. In fact, 3 are currently Shamanic Iboga Providers and 8 of them are currently working students in training to become providers.

“Many people experience Iboga and then want to train but we can only take on so many students at one time. With such a high demand for treatment the process is slower than we would like but we understand that everything is happening just as it supposed to” Says Moughenda.

Iboga House sponsored 10 students from February 1st -22nd 2013 to go to Gabon to complete their full-initiation into Moughenda’s tradition, Missoko Bwiti. The group of Iboga House staff /students consists mostly of Americans, including; one Canadian woman and man , an Englishman and a Norwegian mother. Upon completion 8 students will return to Costa Rica to finish their training. To prepare for the demand of people wanting safe Iboga treatments with practitioners who have undergone indigenous study to provide this sacred medicine.

The entire process in Gabon is being filmed and produced by Moughenda, Julia Mikala and Iboga House productions. Co-director and Director of photography Alex Hemming Love will be following the group, including one initiate who is his wife, through their journey in Gabon. In addition the film crew will be capturing scenes to produce an additional documentary about the story of Iboga. Moughenda explains that he and his team are being guided by spirits; including the spirit of Iboga to urgently prepare more providers and make these documentaries in order to spread the word about Iboga and its healing purpose on earth.

Moughenda and his team intend to complete the first documentary, titled “Iboga Journey” by early next year.

About Iboga House
Iboga House is run by 10th generation Bwiti Shaman, Moughenda Mikala and his wife, Iboga House Director, Julia Malone Mikala. Our primary mission is to spread the healing of the Iboga root to the Western World. Together with his close family and his corporation, Iboga House, he uses his traditional African Bwiti Shamanic skills and the Full Iboga Root to provide safe, comfortable and life changing detoxification, Psycho-Spiritual exploration, traditional physical healing and Pre-initiation Ceremonies. 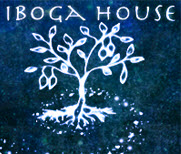