Media, PA -- (SBWIRE) -- 08/21/2013 -- The Radio Agency, one of America’s only advertising agencies 100% focused on radio, will celebrate 20 years of building brands and influencing consumers through the medium of sound on Labor Day 2013.

Not bad for a company that almost went bankrupt after six months.

”Back in 1993, our agency formed the rickety bridge between DRTV and radio,” recalls Mark Lipsky, President & CEO of The Radio Agency since its inception. “Our first client was ThighMaster, the fitness product made popular on television by Suzanne Somers. We had the exclusive rights to market ThighMaster on radio and we sold thousands of them. Unfortunately, its marketing company filed for bankruptcy, and we never received a dollar from them.”

Left holding tens of thousands of dollars in media bills, Lipsky made the only choice he could imagine. He paid the bills. “We were a new agency and our reputation was at stake. So we stepped up and paid all the media bills out of pocket. It was an expensive lesson, but 20 years later, it’s clear that we made the right decision.”

The Radio Agency was first known as Radio Direct Response, and has gone through three life cycles throughout its 20-year run. First, it marketed DRTV products (like Thighmaster and the Juiceman Juicer) on radio. Next, it helped launch and brand dozens of dot-com companies (including priceline.com and FreeCreditReport.com). Now, in its present incarnation, The Radio Agency services a variety of Blue Chip B2B and B2C clients, including Cintas, SolarCity and Dice.com.

“With our sole focus on radio advertising,” says Lipsky, “we work with clients that choose to carve out the radio slice of their budget and let us deliver results that a typical agency, with only 6% or 7% of their focus on radio, find difficult to match. When you have writers, producers, planners and buyers spending all of their work week focused on radio – rather than dividing their attention amongst all media – clients are going to receive a level of service and attention that really pays dividends.”

The Radio Agency is intensely goal and bottom line focused. Radio scripts are written with the lone objective of convincing radio listeners to take a specific action. Radio advertising “buys” are placed mindful of which stations and networks “get results,” not just what looks good on paper.

“Our relationships and our experienced staff have made it possible for The Radio Agency to reach this milestone,” says Lipsky. “It’s been a great 20-year run and I look forward to the next 20, especially since satellite and digital audio have put more tools in our toolbox than we had when we started out in 1993. It’s work. It’s fun. It’s radio.” 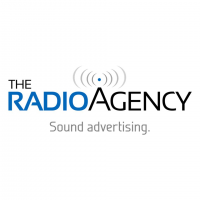