Masterfully-crafted by Joe Hickey, ‘The Squadron Executive’ uses fictional events to provide a very real depiction of how USAAF Airmen coped with the stresses and strains of being deployed to Europe in the 1940s. While publicly branded as being clean-cut good guys who were community conscious, many resorted to rape, violence and petty crime as a coping mechanism. Hickey captures this darker side of history with gripping aplomb, through a novel that will have the lights on well into the night.

Austin, TX -- (SBWIRE) -- 10/17/2014 -- World War II took many average people with seemingly-mundane lives and put them into extraordinary, often deadly situations. While the nation revels in the history of its service peoples’ brevity, a new novel by Joe Hickey exposes the dark side of deployment.

‘The Squadron Executive’ will both enthrall and shock readers with its frighteningly-real depictions of the actions of USAAF members serving in Europe. It’s certainly not a novel for the faint of heart.

This story is about an average person, who until drafted was an employee of a Bank in the Wills and Trusts department and because of his MBA in early 1942 becomes a ground exec of one of the first B-17 squadrons in England. The squadron is led by an egomaniac, womanizer, who allows his air crew and himself to rape anything wearing a skirt.

Eventually his ego leads to his dismissal due to major losses on a bombing mission. His replacement is also shot down, and the ground exec is left to run the squadron and after a few good missions, the boom gets lowered and eventually he kills himself. Before killing himself, he falls in love with a nurse from the base hospital who was raped by air crew, finds out his wife not only cheated on him back home but is running a brothel, and that when the bank finds out, and they fire him to avoid scandal. In addition the first squadron commander re-enters the picture wanting the ground exec to work with him again and all of this tension leads to his suicide. The story is true to what happened to USAAF members in England but is a work of fiction in that the person and what happened to him are fictional.

It is gritty and not for the squeamish as it covers such subjects as rape, suicide, violence, sexual situations, and prostitution.

“The bottom line is that, while chilling, this is a story that needs to be told,” explains Hickey. “The average lifespan of a USAAF member serving in Europe was eight missions. They knew this, and the stress led them to do the most harrowing of things.”

Continuing, “It directly bucks the trend of the would-do-anything good nature of these individuals that history and our nation presents. The typical 8th Army Air Corps member was stressed to the max and some got to their tipping point and did not come back. The story is one of rape, sexual abuse and suicide. However, most importantly, it takes its cues from reality and is a side of our past that we must now stay accountable for.”

With the book’s demand expected to increase, interested readers are urged to purchase their copies as soon as possible.

About Joe Hickey
“I am an older person who is studying to get his Master's degree in Counseling and write stories as a way to pass the time as for the present I am profoundly disabled and home bound and writing is a way to use my mind instead of sitting around watching the paint peel. Most of the stories I write are from my own experiences as a computer programmer, cab driver, drug counselor and hopefully soon a full blown therapist working with the disabled, the homeless, and other people who "Polite" society would rather not know about, but they are human beings like any other human beings and deserve our help and not our scorn. Most of my stories have a definite edge to them and are meant for adults, but I also write stories that are perfect for kids, (The Story of Bengee, a Dog from Austin TX, and the Robert and Debbie series).

In my life I have lived in Pittsburgh, Johnstown, and Ligonier PA, Cleveland OH, Midland MI, Rochester and Seneca Falls NY, Tampa, St. Pete, Lakeland, and Winter Haven FL, and for the past twenty years Austin TX is my home. I use a lot of locations I have been to as the background for my stories, as well as physical plants such as North Austin Medical Center here in Austin TX as the basis of some of my stories. I am a bit of a history buff in particular the 8th Army Air Corps from WWII and this knowledge also goes into some of my stories, (The Squadron Exec, Fighting the Enemy and Myself The Story of Mordechai Pincus and the upcoming “Home” for the Holidays). I hope you enjoy what you read from me and please feel free to leave comments after you read one of my stories.” 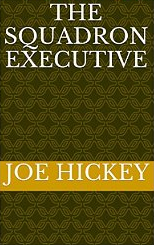