The TOY SOLDIERS: A Real Life Look on the Complexities and Savageries Faced by Teens and Their Families

The darker side of the American teenager comes to Indie Hollywood.

Toronto, CA -- (SBWIRE) -- 08/08/2013 -- Riding Hood Motion Pictures has announced that principal photography will start this month on the fearless, true-to-life film from award winning, controversial writer and director, Erik Peter Carlson. Not to be confused as a remake of the 1991 action flick, “Toy Soldiers” starring Sean Astin, Carson’s dramatic film is an honest and unflinching look at the real life complexities and savageries faced by teens and their families. "On one evening in a decade of sex, drugs and rock 'n' roll, the innocence of youth and family unravels.“

With production around the corner, the producer’s of the highly anticipated 80’s flick have announced the compelling cast of the extraordinary new production. The stunningly gorgeous and horror fan favorite, Najarra Townsend, is putting away the scream queen title as she takes on the tragic character, Angel - a teenager with a mysterious past. The remarkable Chandler Rylko has been cast as Elliot Harris, a teen drug abuser, who finds the mystique of Angel irresistible.

For more information on Riding Hood Motion Picture's, 'The Toy Soldiers', please visit them at: http://www.facebook.com/thetoysoldiers and http://www.ridinghoodmotionpictures.com.

About Riding Hood Motion Pictures
Riding Hood Motion Pictures develops and produces quality narrative motion pictures while maintaining an anti-excess philosophy allowing high quality projects to be made for less money. Riding Hood accomplishes this by utilizing valuable resources, tax credits and industry relationships to maintain studio quality production at the ‘independent’ budget level; producing projects that are as compelling as they are commercially viable. 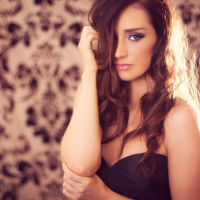