East Sussex, UK -- (SBWIRE) -- 05/04/2012 -- A talented screenwriter is always at the heart of high quality television and film programming. While the majority of the audience will always focus on the acting talent, those in the industry are acutely aware that the backbone of any successful drama is an excellent script. However, for those with talent and a desire to succeed in the world of film and television, it can be very difficult to be heard. The industry is notoriously difficult to break in to, and competition is fierce.

Screenwriting Goldmine has long been a source of support and inspiration for aspiring screenwriters throughout Britain and beyond. Founded by Philip Gladwin, himself an extremely successful screenwriter with an impressive catalogue of work including major international success stories such as ‘Trial & Retribution’, ‘The Sarah Jane Adventures’ and ‘The Bill’, www.ScreenwritingGoldmine.com was launched as a friendly community within which those seeking a career in professional screenwriting and editing could learn and grow by accessing a wealth of inside industry information. With articles and advice on the mechanics of writing for screen, high-quality podcasts and an active community forum, ScreenwritingGoldmine.com has quickly become a voice of note within the amateur scriptwriting community worldwide.

Today, ScreenwritingGoldmine.com has announced that it is taking things to the next level with an opportunity for talented screenwriters across the globe to access some of the most influential figures in the film and television industry. For those just dying to be heard, the site’s new screenplay competition might just be their ticket to triumph.

Setting out to find the next crop of talented, ambitious screenwriters, the competition launched today has a clear edge on similar endeavours created in the past; the prizes. While winners have ample access to traditional rewards such as cash, writing software, workshops and industry memberships; most importantly they also have the chance to hold a one-to-one meeting with the judge of their choice. (Yes, they choose the judge they want to meet, just like on “The Voice”!) With the judging panel made up of some of the world’s most influential film and television figures, it’s easy to see how this competition could easily be the start of an exciting and rewarding career as a professional screenwriter, the dream for so many.

So for those eager to make contact with the figures, including Ben Stoll (Head of Development, Channel 4 Drama), Paul Ashton (Head of BBC Writers Room) or Fraser Robinson (Director of Scripted Development, NBC Universal), this is their chance. All that is required is an original screenplay, 45 – 125 pages in length and in any genre. A panel of eight extremely influential judges will assess the work of the finalists; a panel so well recognised in terms of industry clout that validation of the winners’ screenplays will carry international weight.

With early bird submissions closing in early June, everyone and anyone with a desire to match their talent against some of the preeminent figures in the business is encouraged to apply. Thanks to Screenwriting Goldmine, the opportunity of a lifetime now awaits talented writers everywhere. 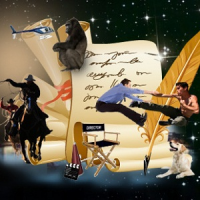