With cigars conjuring an image of smoothness and finesse, few truly understand the inner facets of cigar culture. Wanting to give an insight into a world that’s rich with tradition, From Cubans to Cohibas - TheCigarLife.net today shares some little known facts.

Minooka, IL -- (SBWIRE) -- 07/11/2012 -- Even though they have allowed people to indulge in life’s finer delicacies for thousands of years, few people truly understand the culture of cigars. With this in mind, one of the world’s leading cigar websites has released a valuable resource to educate, inform and inspire.

TheCigarLife.net makes the information available as a large and expansive infographic. Containing everything from the process of cigar production right through to the top four rules of cigar etiquette, the infographic is becoming a web hit for both discerning cigar smokers and non-smokers alike.

“We wanted to combine a wealth of information and cigar facts into one place, so that they would be readily available for everyone to access,” explains Lani Lugar, who is responsible for the website’s marketing.

She continues, “Infographics are quickly becoming one of the most engaging ways of conveying large amounts of information, so we felt this was the way to present the ins and outs of the cigar world.”

The site is owned and written by Harris Saunders, a cigar connoisseur who owns four dedicated cigar stores in and around Birmingham, Alabama.

However, as Lugar makes clear, the site also allows users to indulge in life’s other pleasures.

“While the site’s primary goal is to inform people about the cigar lifestyle, many other closely-rated interests are represented. Including beer, scotch, wine, golf and even outdoor grilling – we are working hard to make TheCigarLife.net a site that provides a platform for all of life’s little pleasures,” she adds.

Everything has been created using the expertise and knowledge possessed by Harris Saunders himself.

“Saunders is a highly respected member of the global cigar community. His stores are regarded as the pinnacle of American cigar retail and we are thrilled to have him creating content for the website,” Lugar concludes.

The site’s official website can be found at: http://www.thecigarlife.net

About The Cigar Life
TheCigarLife.net is about relaxing and enjoying life with friends and creating community. The site’s goal is to help people better experience all things associated with the cigar lifestyle. This is not limited to just cigars, pipes and other tobacco products but includes beer, scotch, wine, golf, NASCAR, hunting and outdoor grilling. 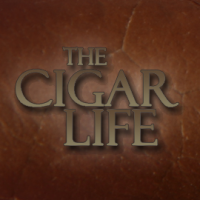