Union of Renegades: The Rys Chronicles Book I by indie author Tracy Falbe of Battle Creek, Michigan has maintained its place on the Kobo epic fantasy charts since July 7. This fantasy ebook introduces a saga that spans eight novels with hard-hitting action, romance, magic and clashing civilizations.

Written by Tracy Falbe of Battle Creek, Michigan, Union of Renegades introduces a fantasy world ruled by the rys, a magical race with the power to kill, influence thoughts, create enchanted weapons, and even enslave souls.

In Union of Renegades the hero Dreibrand Veta is a disgruntled imperial officer who seizes a chance to advance his ambitions by siding with the powerful rys Shan. He seeks to overthrow the rys Queen Onja who rules many peoples as their Goddess.

In this excerpt, Shan promises Dreibrand a share of the fabulous treasure horde of the rys in exchange for serving him in the rebellion.

Shan explained, “Soon I will be ready to challenge Onja for the throne. But to make my challenge successful many things will have to be done, which I will explain later. And I will need all of my friends.”

Dreibrand understood. The rys’s arrangement was not so alien. For his favor, he wanted loyalty. “You want me to serve you in your war?” he surmised.

“Yes. And the rewards for victory will be great—very great,” Shan promised.

I suppose the King of Jingten would have much to give, Dreibrand thought. He hated to make a decision when his understanding of the conflict was so vague, but if he had to choose a side, then he would choose. He had to find a place to fit into this strange land, and Shan’s offer sounded good.

I asked for his help. I have to accept his terms, Dreibrand reminded himself.

Despite his fear and uncertainty, it felt good to have a friend.

“Onja made my decision for me yesterday. I will not serve her and I will never call her Goddess. I will be your friend and ally as you ask,” Dreibrand declared and offered the rys his hand.

The rys grasped his hand firmly, and they were agreed.

Fan feedback at Falbe’s web store Brave Luck Books has praised her series for its engaging characters and powerful themes.

Chris J. wrote, “I started reading Union of Renegades at the beginning of the new year. I read all the books of that series…You have just passed George R.R. Martin and Anne McCaffrey as my favorite writer.”

John R. wrote, “My compliments on the great writing. I normally do not spend money on books unless they are really great like Orson Scott Card and the like, so you are in great company!”

Falbe first published Union of Renegades in 2006 and it has been in the Kobo store since 2010. Her many novels have always enjoyed steady sales at that retailer but never really broke out in any way until this summer when Union of Renegades jumped up the rankings in the epic fantasy category.

“It’s nice to see my series getting some attention. When people like Union of Renegades, they go on to buy more of the series, so the free ebook is a good way for fantasy fans to give me a chance,” Falbe said.

Her most recent sales report from her distributor Smashwords showed sales for her ebooks at Kobo in the United States, South Africa, Canada, and Australia.

“I appreciate the international reach that ebooks give me. English language readers have more opportunities to enjoy novels written by more authors than ever before,” Falbe said.

Union of Renegades begins a four-part fantasy series that continues in The Goddess Queen, Judgment Rising and The Borderlands of Power. Then the prequel series Rys Rising goes back and tells the history of the rys in Rys Rising, Savage Storm, New Religion, and Love Lost.

All of Falbe’s fantasy novels are available worldwide at Kobo. 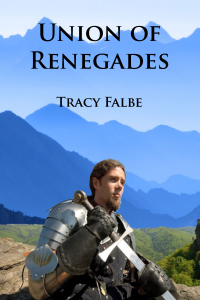 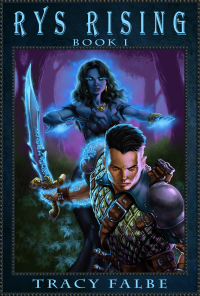