The Spoken Word Poem which touched on sensuality, will be released on iTunes, Amazon, Google Play one week before Valentine Day

Los Angeles, CA -- (SBWIRE) -- 02/04/2014 -- The day dedicated to lovers around the world is around the corner. Commitments are being made, gifts are being bought and of course, poems are being written. One notable poem however, comes from Nigerian-American writer and poet, Toni Payne. Set to be released one-week before Valentine Day, the Poem titled Erotica, explores a tale of a lady who has utmost confidence in her man. Her love for him is unyielding and only he can give her the physical satisfaction she craves.

“I wrote Erotica as an artistic expression that touches on sensuality.” Payne said. “I see myself as a sensual person and believe love making doesn’t always have to sound raunchy, Erotica expresses the sensual side of sex between two people who love each other deeply.” she concluded

Erotica is brought alive with an audio version also voiced by Toni Payne. Upon first listen, the passion in her voice will lead you on an imaginary journey, into the realms of meaningful love and the sensual acts that come with it.

Erotica will be released on Feb. 7 on iTunes, Amazon, Google Play, Spinlet and other online retailers.

About Toni Payne
Toni Payne (http://tonipayneonline.com) is a multi-functional entertainment personality, write and poet. She hosts her own podcast called Everything Toni Payne available on iTunes, stitcher and her personal website. She enjoys spoken word poetry and is very much dedicated to her craft. 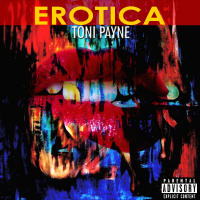