Provincetown, MA -- (SBWIRE) -- 06/18/2013 -- Sutton Foster, a two-time Tony-winner for Anything Goes and Thoroughly Modern Millie and star of the critically acclaimed ABC Family series Bunheads will perform three shows during the upcoming July 4th holiday in Provincetown, MA. Her performances, as part of this summer’s star-studded Broadway @ The Art House series, include 7pm on Thursday, July 4 and at 5pm and 7pm on Friday July 5. The popular concert series, now in its third season in Provincetown where it originated (and sprouting roots as well in New Orleans, Santa Monica, London, Sydney and elsewhere), is again hosted by Sirius XM radio star Seth Rudetsky. For tickets, please visit www.ptownarthouse.com or call 800-838-3006.

Sutton Foster starred on Broadway in The Will Rogers Follies, Grease, The Scarlet Pimpernel, Annie, Les Miserables before her big break and Tony Award-winning performance in Thoroughly Modern Millie. She has since then originated roles in the Broadway productions of Little Women, The Drowsy Chaperone, Young Frankenstein, and Shrek the Musical. She most recently starred as Reno Sweeney in The Roundabout's revival of Anything Goes, a role that earned her the 2011 Tony, Drama Desk, Outer Critics, Astaire, and Broadway.com's Audience Favorite Awards. She was first seen on television on Star Search at age 15, and has more recently appeared in Johnny and the Sprites and Flight of the Conchords.

While in Provincetown, Ms. Foster will also be presenting a show of her artwork, together with artist Julien Havard, at A Gallery, from Wednesday July 3 through Tuesday July 9. There will be a reception at A gallery following her performance at The Art House on Friday, July 5. For more information visit http://www.agalleryart.com/

Hosted again this summer by Sirius/XM Radio Star Seth Rudetsky, whom the New York Times just dubbed “The Mayor of Broadway,” this season’s Broadway @ The Art House series will run from June 28th through September 8th. In addition to Ms. Foster, the lineup includes the following artists performing solo shows, with Rudetsky at the piano:

Seth Rudetsky is the afternoon Broadway host on Sirius XM satellite radio. As a musician, he has played piano for over a dozen Broadway shows including Ragtime, Les Miserables, and Phantom of the Opera. He was also the Artistic Producer and Music Director for the first five annual Actors Fund Fall Concerts, which included Dreamgirls with Audra McDonald (recorded on Nonesuch Records) and Hair with Jennifer Hudson (recorded on Ghostlight Records, Grammy nomination). As a comic he was awarded “Funniest Gay Male in NY” at Stand-Up NY and is a three-time Emmy nominee as a writer for The Rosie O’Donnell Show. As an actor, he made his Broadway debut in The Ritz directed by Joe Mantello, and has appeared on television on Law and Order C.I. and All My Children. As an author, he wrote the books The Q Guide to Broadway, Broadway Nights, and just released his new novel My Awesome/Awful Popularity Plan on Random House, and as an audio book on audible.com featuring Modern Family’s Jesse Tyler Ferguson, SNL’s Ana Gasteyer, Smash’s Megan Hilty among others, and writes a weekly column on Playbill.com. This year he added "television mogul" to that long list when he launched Seth TV, his new, web-based entertainment network. His Broadway @ The Art House series will be, by his own signature estimation, even more “A-MAH-zing” this summer than ever! For the complete summer season line-up, visit http://ptownarthouse.com/ 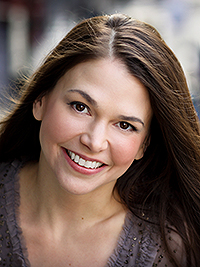