The music captures the heart and soul of storytelling based on the pains and joy of the African-American experience. Through beats and rhythm, RNB beats are able to capture these tribulations without the entity of vocals.

Charlotte, NC -- (SBWIRE) -- 10/10/2014 -- Rhythm and Blues is the genre of African-American music. The term was originally used by record companies to describe music which are marketed to urban African-Americans during those times when jazz-based music with a heavy beat became popular. The musical score normally consists of a piano, guitar, bass, drums, saxophone and background vocals. The theme of RNB lyrics often captures the victories and triumphs for freedom and joy of the African-American experience.

These days, music enthusiasts have already polished record production and style. Rhythm had been backed up by drum machines and are incorporated with lacy saxophone beat to promote a jazz sound. Contemporary RNBs are often characterized by a smooth and sultry vocals. On the other hand, RNB beats are music composed of lacy and smooth instrumental accompaniment thus, it requires a good combination of beats, sound and rhythm and blues.

RNB Beats opened new doors to Rhythm and Blues as a musical genre. It added life to the more common type of RNB because of its new feel. Beats added the youthful factor in RNB which makes it a common favourite of the new generation. What was once an old musical genre became one of the popular themes among the younger age group. The intensity of the beats in RNB is what makes it more meaningful.

The music captures the heart and soul of storytelling based on the pains and joy of the African-American experience. Through beats and rhythm, RNB beats are able to capture these tribulations without the entity of vocals. Beats made it possible to describe the emotion and the soul of the one which created the record. This is one feature which makes RNB beats meaningful and somewhat nostalgic. It creates a voice out of something abstract which turns into good music when pieced together.

RNB beats made the unification of culture, age and race. It showcases different milestones in life which bounded its listeners together. It promotes a culture which can be understood through the sound of a beat. Culturally bound music is more intentionally remembered compared to other types of music. A lot may include endless streams of cultural milestones some may include a life’s story. However, no matter what the story behind the music maybe, the meaning it relays to the audience is what is important. Whether that would be of tribulation or a celebration of life, the matter of cascading its meaning is in the hands of the rhythm and the beat. RNB music might have been there for a very long time, but through innovation and proper accentuation, RNB Beats are proof that good music never expires. 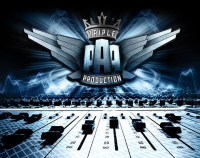 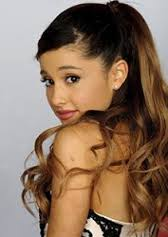