Southfield, MI -- (SBWIRE) -- 09/19/2012 -- Celebrity gossip is a controversial but undeniably powerful element in the modern mainstream media. Since the carefully crafted public image work done for Hollywood starlets in the 50s was shattered by tabloid journalism, the people now feel they have a right to news, rumours and insight into the lives of the celebrities they love. TV Smack Talk is a website that takes a different approach to the medium of celebrity gossip, by putting real users’ perspectives at the forefront of their editorials.

TV Smack Talk covers everything from celebrities without make-up to celebrity news like romances, legal troubles, personal traumas and private misdemeanours. The site rewards loyal gossip readers with points for sharing content via comments, tweets, and visits- each contributing points that can be redeemed for gift cards at major stores and outlets.

The site has many contemporary features, such as a “just the pictures” option that allows users to search for paparazzi released photos of celebrities, a “recent smack” timeline that shows the newest updates in this fast-paced environment, akin to a twitter or Facebook feed, and social media integration on those sites with over 3,000 likes on Facebook and 12,000 twitter followers, as well as links to other websites that have proven popular with their readership.

A spokesperson for the site explained, “The site started as a hobby around a few TV shows but has since grown to cover Music, movies, Television and other viral news. The site was started in 2010, and all the content is 100% unique, written from the perspective of the authors. In this way we’re more than just your typical gossip site, we’re a vox populi outlet where readers can get a true feel for the atmosphere surrounding a particular story. The point of TV Smack Talk is to give a sounding board to the people who are consuming this media, and in that sense, it would make sense for producers and the media elite to start paying attention to what they have to say.” 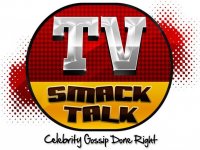