In today’s world where everyone is investing on the use of social media to be either popular or to make a living out of it, it is but a must to be competitive and stay on top. Using Twitter is a magic and there are lots of professional companies who offer help in boosting the social influence and popularity of these Twitter-enthusiasts.

Calcutta, India -- (SBWIRE) -- 05/14/2014 -- Katy Perry was reportedly the most followed person on Twitter now with more than 50 million followers, snagging the Twitter throne from Justin Bieber. One Direction’s Liam Payne is Britan’s most influential based on the amount of traffic he generates via responses and tweets, according to PeerIndex Rates. This is how Twitter can get people so far.

A lot of people’s, especially celebrities’ success, are now being measured via Twitter – the number of their followers and the amount of traffic their tweets generate from their tweets.

So for someone who is new to Twitter and wants to make use of it to make a living out of it and be popular in an influential social media site like Twitter?

Here is a compilation of the do’s and don’ts in the Twitter world as suggested by some Twitter experts and icons such as Nick Taylor (Analyst and expert at PeerIndex – a London-based company that crunches figures on millions of tweets per week), David Schneider – an actor using his comedic skills to promote brands and businesses via his Twitter engagement.

Twitter Photo. A Full-face image is much better than a full-body.

Bio. Tell the people about the things being tweeted about. This is important for the audience to decide if one is worth following for.

Banner. Very much Facebook’s banner, one can either put a larger photo of himself here or any image that would let the followers know what his interests are.

Wallpaper. It is important to have a neat and organized wallpaper that speaks of one’s personality.

Content of Tweets. The tweets should have three important elements: Information, Insight, Humour. Make the tweets more personalized as if one is talking to his “buddy”.

Length of Tweets. There is a limit of 140 characters per tweets. But using all of it sometimes doesn’t work. Shorter but meaningful tweets are more attractive.

@s. Putting @ in the tweets are only visible to specific people and mutual followers. If one wants to announce something and be popular via tweets, @s should be avoided most of the time.

Hashtags. Overusing hashtags is a no-no. They are annoying to most, especially if the hashtags are not too relevant on the tweets. Try using # only when needed and necessary.

Currently, people who have gained fame in this Twitter world, and businesses who have been starting to become successful via this microblogging site, have started needing the services of a professional company like BuyTwitterFollowersBay to boost social influence and popularity.

Twitter is a gigantic social media site which proves to be an excellent platform for diverse companies to market their products and services and attract clients and folks that would follow the company. The more followers, the more retweets and favorites! Thus, the more popular one gets. How can one stay behind?

About BuyTwitterFollowersBay
Buytwitterfollowersbay is an organization which assists people in building up thier Twitter fame base with the best strategies practiced by best and amazing prices with no compromise in quality of the service provided. Buying Twitter followers via BuyTwitterFollowersBay helps grow one’s company as it helps gain more guests and individuals interacting with the company’s tweets. 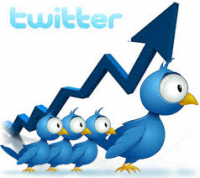 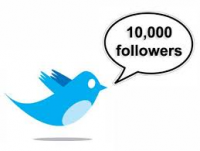