Philadelphia, PA -- (SBWIRE) -- 11/13/2018 -- Late at night on Wednesday, October 31st, a video began to circulate around Facebook in Philadelphia. The video, posted by a page called Old City Santa, opens with a shopfront covered in Christmas decorations. On the door, a sign reads 'Santa's Workshop.'

Suddenly, a figure dressed head to toe in red and green—an elf, perhaps?—darts through the door. He's entered into the workshop. Unbeknownst to him, he's been spotted by two young girls. A chase ensues. The young girls follow the elf through the doors and down an old, brick hallway.

On the other side of the hallway, the elf is nowhere to be found. But where he once stood is a man in a red suit and black, buckle boots. Can you guess who's coming to town?

The video marks the announcement of Old City Santa, an immersive Christmas project orchestrated by Phil Kramer Photographers, Inc. Run by the epinonimous Phil Kramer and his partner Mimi Janosy, Old City Santa promises to be a thrill for children and a joy for parents.

The project, Kramer says, is inspired by Janosy. For five years, Mimi Janosy had taken professional photos of children with Santa during the holidays. But parents these days want more.

Just a few days after the video's release, Kramer and Janosy held a two-night event to give Old City a sneak peek of Santa's Workshop. Phil Kramer Studios had been outfitted with ornate wreaths and twinkling lights. Guests were invited into the space for Christmas-themed storytelling, music and and photos in Santa's workshop.

This is just a glimpse of what families can expect to see when Old City Santa launches on Friday, November 5th. "This is a full experience. It's not Santa in a mall, this is a hundred year old house! Families can come here to get into the holiday spirit. Then they can go out for a night in Old City. We have restaurants, we have Elfreth's Alley." And now we have Old City Santa. 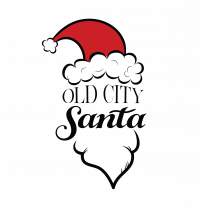 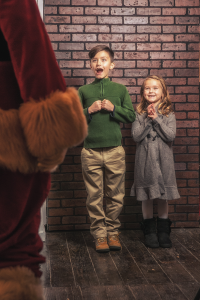