Lutz, FL -- (SBWIRE) -- 09/29/2016 -- Earlier this month, Down & Out Books celebrated two major literary award wins during the annual Bouchercon in New Orleans. CIRCLING THE RUNWAY, the fourth Jake Diamond mystery by J.L. Abramo, won a Shamus Award for Best Paperback Original PI Novel, and MURDER UNDER THE OAKS: BOUCHERCON ANTHOLOGY 2015 edited by Art Taylor was honored with an Anthony Award for Best Anthology or Collection.

"It's been several years since I wrote a Jake Diamond mystery," said J.L. Abramo, "and I am so grateful to the Private Eye Writers of America for acknowledging his return. This award from the PWA means everything to me."

"I am humbled to receive this award, which was voted on by the Bouchercon conference attendees," said editor Art Taylor. "MURDER UNDER THE OAKS is a terrific representation of the outstanding writers in our field."

"I am so proud to be associated with the efforts of both Joe Abramo and Art Taylor," added Eric Campbell, publisher, Down & Out Books. "These books stand on their own merits and I'm thrilled that they've been recognized with these awards from their peers."

About CIRCLING THE RUNWAY
Lieutenant Laura Lopez, Detective Ray Boyle, Joey Clams, Vinnie Strings and Darlene Roman are all back in the first new Jake Diamond escapade since Counting to Infinity.

Private Investigator Jacob Diamond and San Francisco Detective Sergeant Roxton Johnson are famous for not getting along. Cats and dogs. Oil and water. Liston and Ali. Jake and Rocky.

When an assistant district attorney is murdered in his high-rise apartment building, and Johnson suspects his lieutenant may have something to do with it, he can think of no one else to turn to for help—no one he can trust—except Jake Diamond.

If the mismatched duo can avoid stepping on each other's toes long enough—they may be able to stop circling the runway and land on the villain's doorstep.

About MURDER UNDER THE OAKS
MURDER UNDER THE OAKS is published in conjunction with Bouchercon, the World Mystery Convention, held in 2015 in Raleigh, North Carolina—the City of Oaks. As with the convention itself, the anthology spreads a broad canopy across a wide range of crime writers from across the country and around the world—including both veteran writers and the brightest up-and-coming talents in the field. Several of the stories in MURDER UNDER THE OAKS draw on the region's history and culture—including the birth of a secret society at the University of Virginia, a mystery from Edgar Allan Poe's childhood days, and a series of less-than-welcome visits by everyone's favorite hometown sheriff.

All participants contributed their efforts to support our charity — the Wake County Public Libraries — and by extension readers and writers everywhere. All profits go to the library.

About Down & Out Books
Founded in 2011, Down & Out Books (DownAndOutBooks.com) is an independent publisher of award-winning crime fiction based in Tampa, Florida. For more information about the books, or to request an interview with the author, editor, or publisher, contact rebecca@rtcpublicity.com. 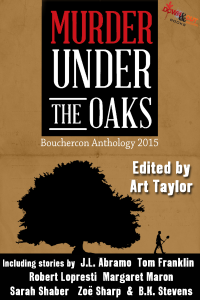 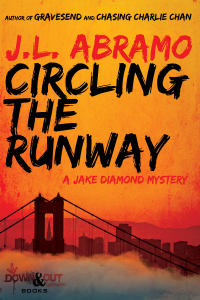