Written by Catherine Sharp, the book’s powerful and raw narrative thrusts readers into post-Civil War society and into the lives of two unlikely lovers. As readers travel with them on their journey, intense desire and dreadful despair play out in a novel that will have readers gripped to every page.

Lewisville, TX -- (SBWIRE) -- 08/15/2013 -- While historical romance has seen a recent boom in popularity, few novels touch on America’s post-Civil War period. Claiming the niche as her own, author Catherine Sharp fills history’s void by using the period as the setting for her compelling new romance novel.

‘Untamed Heart’ is more than just a story; it’s a fierce lesson to its readers that true love will always prevail over hardship.

UNTAMED HEART is a Historical Romance set in the west after the Civil War. It's a love story between a rugged loner, Shane Cordell and an independent beauty, Ashley Clayton. She loves him even if he can't or simply won't be tamed. He has demons from his past, including a murder charge hanging over his head, so he believes love and family will never be in his future. The reader travels with these lovers' through intense desire and dreadful despair and everything in between.

As the author explains, her book has heaps of real-world value for its readers.

“This story is important in showing how people can overcome adversity to find and keep their true love. It also demonstrates the hatefulness of racism in a fictional love story that will keep the readers turning the page not only to find out what happens next, but for a little steamy distraction,” says Sharp.

Continuing, “It's a love story between a rugged loner and an independent beauty. She loves him even if he can't or simply won't be tamed. My hope is that all readers will draw some positive influence from this example.”

With its faced-paced narrative and steadfast ability to surprise, Sharp is confident her book is the perfect summer read.

“It’s hot, spicy and unpredictable. Curl up with it this summer – it’s a great escape from reality!” she adds.

Excerpt:
Shane Cordell, raised by the Cheyenne, is savagely handsome. Women are drawn to him like a moth to a flame, and he’s every bit as dangerous. His heart never gets involved…until now. Ashley Clayton is beautiful and independent, She was raised without a mother’s touch, having only her father and ranch hands to ease her into womanhood.

She is naïve in the ways of etiquette but not in the ways of the flesh, horseflesh mostly. Upon her first encounter with Shane, she feels a strong attraction immediately, but there is a lie…a lie she is sworn to keep. A lie that seems so innocent now bodes heartache for their future.

Shane must face his past in a courtroom where he is charged with rape and murder. Just as he’s found not guilty, Ashley’s innocent lie sends him running again, this time into a prostitute’s arms.

About the Author:
The author lives in Lewisville, TX. 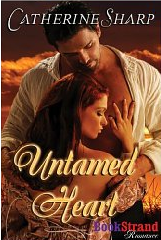