Tipperary, Ireland -- (SBWIRE) -- 02/12/2013 -- Salt Flats Utah are famous for the terrain that sparks an adventurous side in racers. A1 Salt Flats Speed Racing Trials, Utah is a game that was introduced by the Chocolate Lab Games. Recently this game has been topping the iTunes charts. The game has received tons of positive and commendable reviews.

The second game released by Chocolate Lab Games this year also reached the top 75 charts in the US in both racing and sports. Auto Race Track: Speed Driving Racing is available from iTunes for both iPhone and iPad.

Chocolate Lab Apps recently celebrated 1.5 million downloads of their apps after only 9 months since the company was founded. Their developer blog is also quickly becoming known for the latest news, app development tips and great publishing advice: http://www.thechocolatelabapps.com

Their online course, ‘Learn xCode, reskin an iPhone game, add advertisments and upload to iTunes’ is a veritable smash hit with wall to wall five star reviews from all over the world.

“Bravo! Just what was needed in moving forward with app development. This course is a MUST HAVE for any app developer.” Gloryvee

Look out for many more great games from Chocolate Lab Games in 2013.

About  Chocolate Lab Games
Chocolate Lab Games is a mobile games startup from Ireland.  A1 Salt Flats Speed Racing is the latest addition to the list of amazing mobile games they have developed. The game is compatible with iPhone, iPad, and iPod Touch, and requires iOS 4.3 or later. The game can also be played on the latest iPhone 5. To learn more, interested folks may visit www.chocolatelabgames.com. 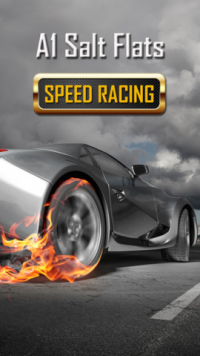 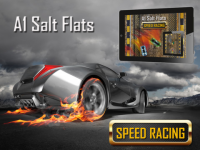