Measuring Love Directly from the Brain

There’s a way to measure and improve feelings of love and other positive feelings using a very special form of brainwave biofeedback.

He presented his experimental findings at recent meetings of the International Society for Neurofeedback and Research, and at the Association for Applied Psychophysiology and Biofeedback, where they won a Citation. These recent studies show that people who enhance these feelings of love, happiness, satisfaction and gratitude have stronger Neureka! brainwave patterns, as the attached chart shows.

Neureka! is the brain’s system that responds to new discoveries by enhancing learning and then producing a good feeling, to reinforce this new learning and discovery. It creates these good feelings by increasing a brain chemical called dopamine. The study demonstrated that directly training people to enlarge this brainwave pattern improved their happiness and memory, while decreasing feelings of depression.

In studies performed by Dr. Estate Sokhadze, at the University of Louisville, Department of Psychiatry, a new device called the Peak BrainHappiness Trainer helped people learn to be happier by over 30% in just 12 half-hour sessions. They stayed at that level effortlessly for 4 months.

This study employed the same measure of happiness that was used in a huge study by the Australian government, when they found that feelings of happiness led to increased health three years later. There is further evidence that overall health can be improved with this training, since dozens of studies show that people who are happy now are much more likely to be healthy later.

In just a year or two, people will be sitting on the subway on their way to work, training themselves to be more loving and happy with their cell phone or tablet PC. If they had a hard day, they can neutralize those feelings and substitute satisfied ones while they are on their way home to see the people they love. Their lives will be a lot more pleasant with this new capability. Since these positive feelings are catching, person to person, this discovery could really bring more love to the world, all year round. 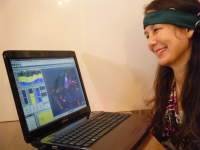 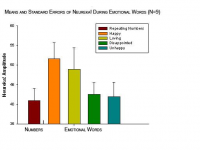