After a decade of silence, music was unlocked from the evil tower of loss when the two of them were brought together. Under love's fire, the song rises.

British Columbia, Canada -- (SBWIRE) -- 12/05/2013 -- Veil Rising comprises of just two people who are both dealing with disabilities. One of them has Secondary Progressive MS and the other is challenged with the invisible, but no less real disability of mental illness. However, there is nothing wrong with their hearts. Also, they have art & music, two of love's most powerful vehicles.

One of the founding members of Veil Rising has a proven track record as a professional musician/songstress. A decade ago, she released an album which received excellent reviews, but the stress had it's toll, and she has been away from music ever since. When love found them, both of them didn't even know for months that they were musical, that's how far away music had fallen. Now, the songs are on fire and they love creating all of their artwork together.

The artists of Veil Rising are choosing to remain unseen. This is not a gimmick, but an absolute necessity. To pursue music conventionally would compromise the tight management they have on their health. This is why the duo produces music and videos as Veil Rising without any names and faces.

Veil Rising is trying to raise money to produce their next song, with the ultimate goal being their first full length studio album. That's why they are here. They need funding help for their next song. 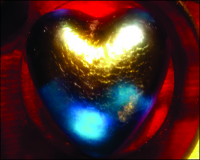 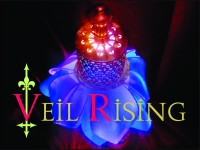