New Legislation intends to safeguard police officers and the general public from false accusations and complaints with the help of in-car video camera systems.

Fayetteville, TN -- (SBWIRE) -- 04/03/2014 -- New Legislation sponsored by State Senator Donald Norcross would require police departments to equip all new or used police vehicle purchased for the department to install video camera equipment in the cars for use during traffic stops. The bill has the support of the Senate Law and Public Safety Committee, and comes on the heels of videos being released in two cases in which New Jersey Assemblymen were ceased a year ago. In one case, the video showed that the charges against the assemblyman were trumped up and that most of the allegations against him were untrue. In the other, the video showed that the assemblyman greatly exaggerated the humiliation he was subjected to as a result of the stop by a State Trooper. These cases sparked the need to have concrete physical evidence such as video recording to support such claims.

The bill was originally introduced in the Assembly by Assemblyman Paul Moriarty, the assemblyman whose charges were dismissed after the video revealed the story to be mostly made up by the Trooper. The video had become the turning point of the case wherein the police have also become the subject of scrutiny for false accusation and dishonesty. Whether it is for visual record or investigation tool, quest for criminal justice will be easily affirmed and served with the bill being applied across all police department in the country.

In a discussion in Phillipsburg, Chief James Faulborn said the reason they are useful is simple. "They're objective. People are subjective. That's the easiest way to put it. Video is objective. Video shows what happened," he stated. Currently, the county has installed video camera system in majority of its patrol cars. Police Chief Michael Reilly of Mansfield Township also cited video camera system as a useful tool in aiding prosecution of cases, training purposes and dealing with citizen complaints. Overall, it is a great idea in quest for citizen or officers’ misdemeanour in a vast range of scenarios under applicable laws.

With a 3,000 to 4,000 price range a piece, the bigger question is where to get the funding of this technological equipment? Lawmakers suggested getting the funding through a $25 surcharge on drunken driving convictions. The charge would be payable to the municipality where the crime is committed and issued and will be reverted to the cost of in-car video camera system procurement.

With a total of 9,878 drunk-driving cases recorded in 2011, it is proposed that expense of video camera systems can be easily covered across States.

About 10-8 Video, LLC
At 10-8 Video, LLC. we are committed to providing the highest level of customer service, and solid products at an affordable price. 10-8 Video, LLC. was started and is still owned by a full time Sheriff's Deputy, and all products are field tested, by real officers, before going into production. We take feedback from our installers and officers seriously, since you are the ones using the system every day. 10-8 Video, LLC. does not have the overhead that some companies carry in this business, allowing us to update to the newest technology, and make changes to our equipment to ensure you are getting the best possible product, faster, and at an affordable price. 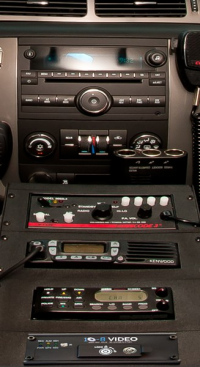 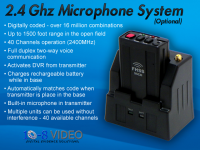