Clarksville, TN -- (SBWIRE) -- 08/25/2020 -- Visionz2turnt, Clarksville's very own music producer, artist and rapper is known for his free style rap music. Ever since his first association with BigMoShawty, there is no stopping Visionz2turnt into realizing his dreams of becoming a successful artist. Visionzturnt is pleased to share that his new release "Letter to the Heavens" is out on all major music streaming platforms. It is indeed a moment of pride to see the new song garnering positive reviews and love.

Visionz2turnt started off his music career by converting his own poetry into free style rap. His music too grew along with him and now the music became the tell tales of his life, family and friends included. That is one of the reasons why his music is loved by people across age groups. V2T's music is now available across major streaming platforms Datpiff, Reverbnation, Soundcloud, Youtube, Audiomack, etc.

His earlier releases that became popular were "IDK" and his Ep "DRIP GLITCH". Visionz2turnt loves to stay in touch with his fans, friends and family on social media platforms including Twitter, Instagram and Facebook. Fans can catch up with the latest Visionz2turnt stories on social media. Facts of Life, Drip Glitch, Alarm, Money Bagz, Long Distance, Up the Smoke, Pain N Life, etc. are some of the hot favorites.

About Visionz2turnt
Visionz2turnt is a rapper based at Clarksville, TN. Born and raised in Kenilworth, Washington DC, Visionz2turnt started writing poetry in elementary school and turned it into free style rap. He was known as Pyro until he moved to Henderson, NC and it was at the age of 16 that he got introduced to BigMoShawty; who helped Visionz2turnt kick start his music career. Visionz2turnt is now a popular music artist with songs featuring on ReverbNation, Soundcloud, Youtube, audiomack, etc. 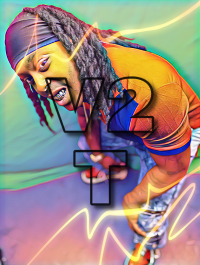 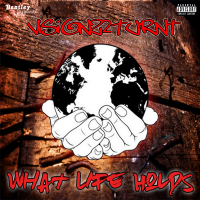