The Ambassador of JOY Barry Shore and Shaun Tomson Talk Inspiration, Goodness, and Action Principles to Create a Better Life

Phoenix, AZ -- (SBWIRE) -- 02/12/2019 -- VoiceAmerica, the leader in online media broadcasting and the largest producer and distributor of live internet talk radio, today announced the interview with Barry Shore and Shaun Tomson. The episode, which aired live on VoiceAmerica.com's Variety Channel on Tuesday, February 5 can be found here, at https://www.voiceamerica.com/show/3826, www.VoiceAmerica.com , https://www.barryshore.com and VoiceAmerica mobile, is centered on the role of consciousness and spirituality today and how science will advance these practices in years to come.

In the episode Barry shore, the Ambassador of JOY, speaks with Shaun Tomson, the Empowerer of Success. Shaun is world renowned as one of the greatest Surfers ever. He brings his unique message of Success despite tragedy which he has faced and transcended to bring the world a way to transform how you think about connecting, communicating and collaborating. Based on his own experiences in and out of the surf Shaun Tomson has inspired and touched the hearts of audiences all over the world. Shaun's attitude of Commitment and Positivity has inspired corporations like Disney and Google. Most importantly Shaun offers up a profound set of action principles to show one how to get back on the board after a wipeout and paddle back out to catch and successfully ride the next wave. We all live in a challenging sea and our attitude towards those challenges defines who we are, and how we live our lives. You will learn much and ENJOY.

Barry Shore commented "Shaun is one of the surfing world's most recognized and beloved stars. He has been able to build a Wave of Goodness worldwide with his books, especially the Surfer's Code. If You want inspiration, tune in."

About Shaun Tomson
Shaun Tomson started, managed and sold two multi-million dollar clothing brands – Instinct in the 80's and Solitude (co-founded with his wife Carla) in the 90's. He is the author of the best-selling book "Surfer's Code", and the writer and producer of the award-winning documentary film Bustin' Down the Door. He is a Business Administration and Finance graduate from the University of Natal. He is a World Surfing Champion, an inductee in the Jewish and South African Sports Hall of Fame, the US Surfing Hall of Fame, and has been described as one of the greatest surfers of all time (Surfing Magazine 2004) and one of the most influential surfers of the century (Surfer Magazine 1999). He is a board member and ambassador for Surfrider Foundation, the world's largest environmental group dedicated to protecting the world's oceans, waves and beaches and he received the SIMA Environmentalist of the Year Award in 2002. He currently lives with his wife and son in Santa Barbara, California and still finds time to chase the perfect wave. To learn more about Shaun Tomson please visit http://shauntomson.com/. 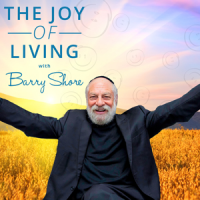 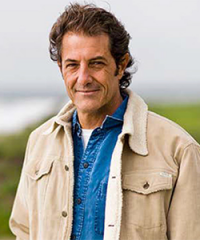