Was Atlantis a Myth or a Real Civilization? Richard Henry Answers in New eBook

In Richard’s ebook The Fight To Release The True Hidden Facts About Atlantis!, he covers the possible technological achievements of this great civilization and how it was destroyed. Henry also explains how other advanced technology is related to Atlantis.

“Even though I’m a musician, I’ve always been a big fan of ancient civilizations because they’re responsible for our modern society existing. I’ve always thought that there was more to the ancient days in regards to technology,” says Henry.

“There’s a lot of evidence in the world that suggests that people have had advanced technology on this planet before our time. Electricity, computers, lasers and batteries are not Western inventions,” said Henry.

Richard’s ebook also has suggested reading about advanced ancient technology and Atlantis. He hopes to open up more minds about what took place long before our time.

“It bothers me that so many people in our world think that our modern society is the most advanced society that ever existed and that’s not true, I believe with all my heart that the government knows a lot more than what they tell us about the ancient days”, said Henry.

Richard Henry even mentions the Great Pyramid of Giza and makes Biblical references in his ebook. He believes that quartz crystals were used extensively in ancient technology.

“The government already found Atlantis, it’s underneath the ice in Antarctica,” says Henry.

Richard Henry feels that the discovery of Atlantis would be one of the greatest discoveries in the history of the world.

You can get his book The Fight To Release The True Hidden Facts About Atlantis! at Barnes and Noble, Amazon, Sony and Apple. 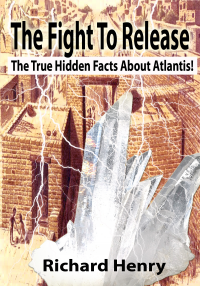