Washington, DC -- (SBWIRE) -- 02/14/2012 -- The new Website Nationalstix.com is now up, running and ready to provide access to Washington Nationals tickets for the 2012 baseball season. In addition to ticket purchase access, the Website provides a complete list of the season’s home and away matchups, a detailed history of the team and a direct link to the official Washington Nationals team Website.

The 2011 season proved to be an exciting one for Washington Nationals fans as the team finished the season with wins for eight of their last ten games. Remarkably, the Nationals wrapped the season with just one loss under .500. As the predictions begin for the 2012 season, fans are already looking to purchase Washington Nationals tickets in what should prove to be an exciting run for the team.

On April 4, 2005, America's pastime returned to the nation's capital after a long hiatus with the debut of the Washington Nationals. That year was the last time the Nationals fielded a .500 team. “The team finished fifth place in their division in four of the first five years of the franchise with some exciting possibilities that didn’t quite materialize,” said the Nationalstix.com Website historian. “With the high expectations from the end of the 2011 season and a roster full of exciting players, we’re already seeing a lot of Nationals tickets for the best matchups going fast.”

The 2012 season will mark the eighth season for the Washington Nationals in the District of Columbia and the fifth at Nationals Park. Fan anticipation is high for the currently posted 82 games starting with the April 3rd Red Sox exhibition game and ending with the October 3rd Philadelphia Phillies matchup. While the new Website provides details of each game in addition to the ability to buy Washington Nationals tickets, many fans linger over the detailed history of the team and a compendium of the stats of its standout players.

Nationals fans are anticipating the return from the injury list of pitcher Stephen Strasburg with his 100-mph fastball and devastating breaking ball. Also, Third Baseman Ryan Zimmerman and highly praised rookies Wilson Ramos and Danny Espinosa are anticipated to perform well this season. “After Mike Morse’s breakout season last year and hitter Jason Werth’s potential as well as that of top prospect Bryce Harper, fans can’t wait to get the season underway and get into the stands,” said the Website historian. For more information, please visit http://www.nationalstix.com

About Nationalstix.com
The new Nationalstix.com Website provides fan access to tickets for highly anticipated Washington Nationals 2012 season. Fans can also access the entire season’s matchups as well as a detailed history of the team. The Website also provides direct links to the Nationals official Website. 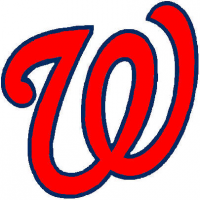