In 2011, Simpson Millar won £17,500 for a family of three afflicted by salmonella while staying at the First Choice Holiday Village Turkey.

Undercover reporters encountered a stench of sewage at the complex's entrance and in the gardens and noted a 20-minute closure of the main swimming pool to treat human faeces contamination. The reporters were also served raw chicken and kofte in the dining room.

Another Watchdog guest, environmental health expert Professor Lisa Ackerley, said it was easy to keep holidaymakers safe from food poisoning: by properly cooking food and checking both food and the pool.

On First Choice's website, praise is lavished on the Holiday Village Red Sea for its “fabulous” choice of restaurants, calling it the “ultimate family holiday”.

However, the Watchdog team found guests less enthusiastic. Many suffered from extreme symptoms of food poisoning, including one guest who collapsed in her room.

Other guests required antibiotics and rehydration therapy and were placed on drips at the Holiday Village’s clinic.

One guest who stayed at the Holiday Village Red Sea at the same time as the Watchdog team was later diagnosed with campylobacter, which is linked to eating raw or undercooked chicken.

Prof Ackerley said the 60 per cent of UK chickens which harboured campylobacter meant a 60 per cent chance of being infected from eating one.

One holidaymaker visited the Holiday Village Red Sea to celebrate her wedding anniversary with her husband and two children. Within days of staying at the hotel, all four plus their friends became ill.

Since the First Choice Holiday Village Red Sea is a four-star hotel offering guests an all-inclusive package, most victims had eaten only at its restaurant before developing sickness and diarrhoea.

First Choice insisted the July outbreak of food poisoning was unusual, and that measures had been taken to ensure guest health and safety, including a dedicated member of staff to monitor pool water and improved catering staff training.

However, Nick Harris told Watchdog that outbreaks of food poisoning at the Holiday Village Red Sea had been ongoing for five years.

“I would estimate that we have spoken to more than three to four hundred people who have contacted us in relation to this particular resort,” said Nick.

If you have visited a First Choice Holiday Village in the last three years and become ill with food poisoning, Simpson Millar’s holiday claims team can help you with free initial advice on making a claim.

Simpson Millar accepts holiday claims on a No win No fee basis and you will be able to keep all the compensation awarded.

Nick Harris was featured in the Watchdog episode which aired on BBC1 on Wednesday, 12 September. It is currently available on BBC iPlayer.

About Simpson Millar LLP Solicitors
Simpson Millar LLP Solicitors is a national law firm with an enviable reputation for successful holiday compensation claims. With Holiday Compensation Claims Solicitors and offices in Birmingham, Bristol, Cardiff, Gateshead, Leeds, London, Manchester and Wimbledon you get the full support of a team of dedicated and highly skilled Holiday Claims Lawyers. 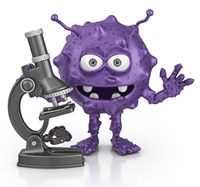