San Francisco, CA -- (SBWIRE) -- 07/30/2013 -- With a goal of $10,000 a company based in SanFrancisco, California named Grabo has launched a crowdfunding project on Indiegogo for their product, a wireless charger for cell phones called WaveJuice. “All a consumer has to do to wirelessly charge their cell phone with our product is push a button on the WaveJuice and then put the phone on top of it in a central position. It really is that simple.” said Grabo Will, Inventor of the WaveJuice. “Then, even more very conveniently, two more devices can be charged with its dual USB power output.” Consumers will be even happier to note that the high-capacity thin battery pack that simultaneously charges three devices has extra safety features due to its use of Li-polymer cells.

Making additional use of the safer Lithium Polymer batteries the WaveJuice wireless charger for phones is thinner, lighter in weight and has a larger capacity than batteries of the same size. The best advantage however is the lowered chance of electrolyte leakage. The Lithium Polymer batteries have gelled electrolytes which gives more resistance to overcharging, overheating and short circuiting. The WaveJuice can conveniently be purchased with the option of five different accessories to allow it to wirelessly charge several models of cell phones.

The Indiegogo funding will support the finalization of the silk print design and the ordering of materials for production, PCBs, cases and Li-polymer cells. In October Grabo is slated to assemble the product and conduct quality control before shipment. November will see the actual shipment of the WaveJuice cell phone wireless charger to distributors worldwide.

To make a donation to the crowdfunding project visit Click Here 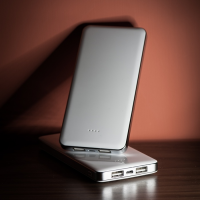