Mill Valley, CA -- (SBWIRE) -- 11/27/2012 -- Adventure is an easy word for many to identify with. The majority of people want to experience it at some point in their lives, and even if they don’t make it the sole focus of their lives, would like to indulge in adventure at regular intervals. The shortcomings to this need include the sometimes prohibitive cost of expensive equipment required to have a real adventure, such as rock climbing, hiking, tents, mountain bikes and skis. This puts many people off their wanderlust, but a website called Weekend Swap has been gaining national attention for making it all possible.

At Weekend Swap, users can find a myriad of adventure equipment from those who have already made the investment, but are willing to rent out their gear while they’re not using it. As the majority of gear spends most of its time unused, it’s a great way for gear owners to see a return on their investment while at the same time cheaply equipping those who want to get more out of the outdoors.

Created by Rob Culliton, Zio Ziegler, and Justin Lucas, the start-up has already proven popular with seasoned adventurers and newcomers alike, providing an elegant solution to an age old problem. The site has seen a groundswell of excitement and has quickly caught on, attracting the attention of popular outdoor website Adventure Journal, who featured the site with a strong recommendation in their article about the novel concept.

A spokesperson for the site explained, “The feature was great for us- we’re a start-up that mostly consisted of a dedicated team and an idea, but we never anticipated it could take off this quickly. We were originally intending to serve people for looking for things to do in San Francisco, but already we’re seeing users signing up to list their equipment from around the world. Like other popular sites like couch surfing for the travelling community, there’s no physical limit on where owners and renters have to be, so the scope is global. We’re working hard to make sure our site can handle the increasing user base smoothly, while making the interfaces as easy to use and transparent as possible.”

About Weekend Swap
Weekend Swap is a place for individuals to borrow and lend outdoor gear. Users of the site get paid for what they lend out and this in turn reduces the need for endless consumption, as adventurers are keen to protect the environment. The business has begun in San Francisco but accepts listings from users around the world, with no physical limit on locations. For more information please visit: weekendswap.com 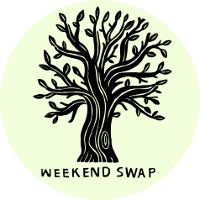