When Time Stood Still: Bold New Novel Begs Question - if Earth Is Crippled and Nothing Works, How Will Humanity Survive?

Joe Bob Newman’s compelling new book thrusts readers into a world where time and progress is destroyed by a cataclysmic event. With those who lived left to re-learn their survival from the ground up, the boundaries of right and wrong blur in a narrative where all costs will be risked in order to stay alive.

Arlington, TX -- (SBWIRE) -- 12/05/2013 -- The twenty-first century enjoys the limitless abilities of technology, global interconnectivity and a lifestyle built on hundreds of years of expertise. However, a new novel by Joe Bob Newman examines what could happen if a catastrophic event ended all of humanity’s privilege.

“When Time Stood Still” is gripping readers around the world as they are left to imagine how their own lives would change if they were forced to re-learn how to live all over again.

“When Time Stood Still” is the story of a group of people who struggle to survive after a cataclysmic event. Two solar storms wipe out almost all signs of modern day life. Earth is devastated. People immediately begin to starve to death, food becomes more valuable than gold. Money has no meaning. The little group finds an old lodge/castle in Texas and fortifies it against roaming bands of marauders.

They grow their own crops and struggle to endure. Then marauders try repeatedly to take them down. Will they survive and will the people in the castle defend themselves or leave for something better? When the group’s leader’s morals begin to break down from the constant battles, he falls in love with a younger, beautiful woman. His feelings for the other woman begin to erode the group’s chemistry, and tests their ability to defend themselves. Will the group disband once their stoic leader begins to battle his own demons?

Or will the marauders capitalize on a group that is left with no one that is able to pool their abilities to protect them? The thin line between right and wrong dissolves into a very large gray area.

As the author explains, his book offers a thought-provoking reality check.

“We’re used to living in a society where everything works, from our technology and cars to our hard-wired routines and reliance. My narrative will get readers thinking about how their lives would change if life just ‘stopped working’. Who in our society has the know how to go back a hundred years or more and relearn survival skills? How would we cope when food runs out and our electricity no longer flows?” says Newman.

Continuing, “While this scenario may sound far-fetched, it could be caused by something as simple as a catastrophic grid failure or storm that shuts down an entire urban region. There are so many questions yet so few answers; either way, my narrative calls into question everything we take for granted.”

With the novel poised to be in high demand, interested readers are urged to purchase their copies as soon as possible.

About Joe Bob Newman
Joe Bob Newman was born in 1947, he grew up in west Texas. He has been writing mystery and fiction books since 1982. He has nine books published. His thirty five year professional career has been in writing technical documents for the defense industry. By profession he is a mechanical engineer P.E. (Retired). He lives in Arlington, TX, with his beautiful wife Linda and his loving Mother-in-Law. He is surrounded by a whole passel of Grand Kids. Mr. Newman’s hobby is spending time in the mountains of New Mexico looking for a “shimmering object.” Based on his personal experiences, he wrote the book, “The Craft.”
Keep up with him at his personal website, at: http://www.joebobnewman.com. 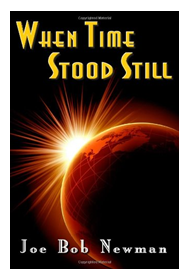