Why Guys End up in "The Friend Zone," How to Get Out, and How to Get a Girlfriend

New York, NY -- (SBWIRE) -- 12/31/2011 -- When broken down, learning how to get a girl is a pretty illogical thing. Most guys approach the attraction process in the wrong way. They believe if they can successfully make her feel good with compliments and favors then she will like them and want to be their girlfriend.

But according to Mark Sing of Instant Attraction Videos, “Guys who approach attraction in this way are missing a key element of how to get a girlfriend. Instead of focusing on the psychology of attraction, they are focusing primarily on what makes a girl feel supplicated to- and that always leads them to the friend zone.”

This is the basis for the new video series that teaches men how to get a girl. The seminar teaches men that value is what attracts women, and a man with value doesn’t give special favor to an attractive woman just on the basis of her looks. “It takes far more than a perfect body and cute face to earn his endearment. He considers everyone the same, and women must prove themselves to him before he likes them,” says Erik Amino, one of the main presenters on the series.

The video teaches men that they have to have the vibe of the selector when they first approach a woman. Instead of trying to build rapport with mundane questions and digging for commonalities, students need to first break rapport with a carefully calculated succession of gambits and tricks. “’Playful’ is the operative word here,” says Mark Sing. “We want to go in there like a fun loving guy whose respect must be earned. We want to show that we're not afraid of things going bad, and we're cool to tease a girl and show her that we disagree with her. We want to say things like: ‘you and I would never get along,’ and ‘You're not cool if you don't agree with me.’ We want to show her that we have more value than she does, and SHE is the one who has to game US. We want to show her, through our actions- not words, that she is the one submitting the application.”

To learn more about the Instant Attraction Video series, or to see some samples of the video in action, please visit: http://instantattractionvideos.com/video-samples.php

About Instant Attraction Videos
Released in mid-2011, Instant Attraction videos in a comprehensive home-study course that outlines the step by step system for attracting women. Created by Mark Sing and Erik Amino the course is based on female psychology and self-esteem and has been studied by several notable psychologists including Dr. Harry Reid and Dr. Steve Peterson. The course has also gained a considerable amount of media attention. To learn more please visit the website or contact Jessica Sinclair at admin@instantattractionvideos.com 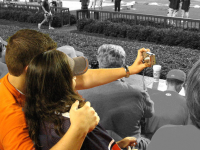