A mind rendering feature film based on the epic true story of an elite Special Forces soldier who fought through three wars; World War II, The Korean War and Vietnam.

Malibu, CA -- (SBWIRE) -- 05/30/2014 -- Winston Pictures brings the story of courage and determination in form of a feature film entitled REDHAWK. It is the "Ultimate Survival Story" of First Sergeant Lionel Francis Pinn, Sr., a Native American Special Forces Green Beret who served, in harm’s way, in WWII, Korea and Vietnam. Of the 48 million men and women who have served in the US military, there are only 324 who carry the distinction of being a Triple Combat Infantryman Badge holder and Pinn is one of them.

The adventure is power packed like never before. That's because no single film has covered three wars. Redhawk is unique in that this true story takes everyone to the front lines of three of the biggest wars of the 20th century.

Redhawk is a coming of age tale of a man who struggles to overcome discrimination, disappointment and his own personal demons to emerge a decorated war hero.

This project wants to give back to the veterans, and that is why the producers have set up the Winston Veterans Fund. A percentage of film revenue will go towards assisting veterans reassimilate into society, heal from PTSD and/or help them maintain a healthy, vibrant and strong career within the Armed Forces.

Funds raised through this crowdfunding campaign will be utilized as follows:

-To adapt the screenplay from the existing autobiography,
-To continue research of WWII, Korea and the Vietnam War,
-For marketing campaigns, and
-To hire cast and crew. 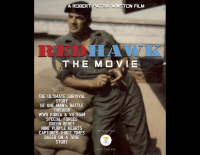 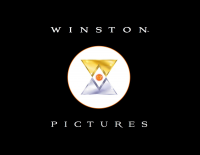 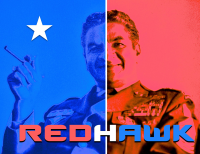