Las Vegas, NV -- (SBWIRE) -- 06/20/2014 -- Ever heard of hip-hop that was ExtraSpecialGood? To create such revered music, Los Angeles solo artist Biggie Babylon blends his Iraqi roots with a variety of hip-hop influences, from Bone Thugs-N-Harmony and Snoop Dogg to Beastie Boys, Tupac and Dr. Dre. The resulting sound is one that is often compared to Rick Ross, Wiz Khalifa, Macklemore and two of his chief influences, Eminem and Notorious B.I.G. Music fans will be able to hear for themselves just how ExtraSpecialGood Biggie Babylon is when his track “No Squares” is featured on WiFi PR Group’s upcoming compilation, Indie Anthems Vol. 6.

Several albums and singles make up Biggie Babylon’s current discography. Under his former artist name Entre-P, he released C.E.O.G. (2013), along with singles “Quit Leechin’,” “Home Run Hitta,” “Hookah Flows” and “Afterparty,” all dropped in 2013. This album was dubbed “ExtraSpecialGood” by the San Diego City Beat, and out of 300 submissions, it was the only hip-hop album to receive that title.

His self-titled EP was produced by Travis Kr8ts, formerly Young Juve, who has worked with Jermaine Dupri at So So Def, Flo-Rida, Future, Dem Franchise Boys and more. Kr8ts also produced Biggie Babylon’s single “No Squares” feat. Blush, and he is featured on the hooks for Biggie Babylon’s singles, “Foreign Money” and “Smoke It.”

“Hip-hop has become a tired parody of itself, but Alvin Shamoun, aka Biggie Babylon, makes the genre fresh and exciting again by telling it from the Iraqi-American perspective. He neither samples hits from the 1970s nor brags about bling; he composes his own tasty Middle Eastern-flavored riffs and spits out rhymes that don't make me feel embarrassed for him (hello, Kanye).”

His latest widespread coverage will come when his track “No Squares” feat. Blush is showcased on WiFi PR Group’s compilation, Indie Anthems Vol. 6, a collection of international independent talent that WiFi PR hopes to get on the radars of music lovers and industry tastemakers the world over. Set to be released at Toronto’s NXNE this weekend, the digital mixtape will be handed out on 3,500 download cards, and 1,500 more download copies will be made available on the Indie Anthems Bandcamp page.

Another one of Biggie Babylon’s major accomplishments was being offered a major label recording contract from Bungalo/UMGD but ultimately declining it to continue pursuing his career on his own.

Biggie Babylon has plans of joining a nationwide college tour in the fall of 2014. Notable past shows include opening for Ty Dolla Sign at a Seedless/Rock Hill 420 event in April 2014, opening for a Mobb Deep 20 Year Anniversary Tour at House of Blues in January 2014 and performing at the nationwide annual Chaldean Festival in front of more than 3,000 fans in September 2011.

In the meantime, fans can check out Biggie Babylon’s music on SoundCloud and videos for his songs “Home Run Hitta” and "Quit Leechin'" on his YouTube channel. Also, he is currently in the process of setting up full distribution worldwide through outlets such as iTunes, Amazon and many others. 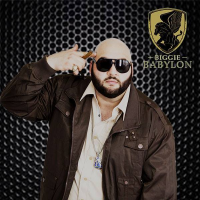