Short, sweet, and leaving readers begging for more, ‘Wytchfire’ continues the tradition of rich narratives that have become synonymous with the name Tonya Cannariato. Her dedication to producing well-crafted and unique stories allows her work to resonate with readers around the world.

Cannariato’s approach to literature is unique; opting to give readers a brief escape from reality rather than forcing them to commit to a large novel or intricate series. This philosophy rings true for ‘Wytchfire’, a compelling narrative based on a powerful dream the author experienced.

“In my dream, a woman woke up pregnant and with amnesia. It was a very raw and bold experience for me and greatly inspired my writing,” says Cannariato.

Continuing, “With the avalanche of new novels entering the marketplace on a daily basis, sometimes readers need a break from the time commitment a novel (or a series) requires to just enjoy an afternoon's escapism. I answer that need with this latest release.”

Cannariato first hit the writing scene with gusto in 1989; winning fourth place in the Virginia Poetry competition. After training as a journalist, Cannariato continued to develop her story craft, and is now poised to emerge as a major player within the speculative fiction market.

“My schooling forced me to generate stories quickly. Coupled with my small publisher, we can rapidly get books to market and prevent fans from waiting too long for my next release,” she adds.

Katarr Kanticles Press provided the author’s first ‘big break’ in 2009, approving her crypto-history trilogy in the tradition of Katherine Kurtz’s Adept novels. Her narratives in those tales were based on the premise that Communists had stayed in power as long as they had only because they were draining their magical beasts and siphoning that power to use as a force of evil.

Cannariato’s next project saw her play out an alternate reality about the initiation of the Large Hadron Collider in Switzerland; speculating on what would happen to a scientist if he dislodged and lost a Higgs Boson particle.

“It’s been an interesting few years – but that’s the great thing about writing; an author never knows where they’ll head next. This is exciting in itself and keeps me going. With a growing band of loyal followers, there’s an abundance of inspiration at my feet,” says Cannariato.

The author’s future looks bright. With plans to release the final book of her ‘Red Slaves’ trilogy at the end of this year and with numerous other titles in development, readers are urged to purchase copies of her existing works as soon as possible.

About Tonya Cannariato
A voracious reader since she was a toddler, and an ordained spiritualist, Tonya Cannariato has now presided over the marriage of her love of reading and her love of writing. She’s lived a nomadic life, following first her parents in their Foreign Service career through Africa, Europe, and Asia, and then her own nose criss-crossing America as she’s gotten old enough to make those choices for herself. She’s currently based in Milwaukee with her three loves: her husband and two Siberian Huskies. She suspects her Huskies of mystical alchemy with their joyous liberation of her muse and other magical beings for her inspiration. She loves to sleep, to watch her interesting dreams, some of which are now finding new life in written form. 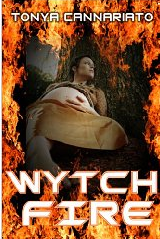