Yamaya Cruz, a Psychic Medium, Writer and Intuitive Healer, Announces the Launch of Her Latest Book

New York, NY -- (SBWIRE) -- 09/23/2013 -- Yamaya Cruz, a psychic medium, writer, intuitive healer, new thought leader, and spiritual rebel, has just announced the launch of her newest book. Titled “Manifesting: Michael Jackson’s Secret to the Law of Attraction,” the book uses references to the King of Pop to explain to readers the various lessons about the voices of manifesting, magic, and love.

When Cruz was asked about her special talents her reply was, “I was born this way baby.”

Cruz led a long life of struggle, which included coming out of the closet—the spiritual closet that is. “I didn’t realize that I was a psychic medium when I was a child, I just thought I was weird,” she said.

Sadly, Cruz bounced from home to home after her mother was diagnosed with schizophrenia. “I felt like Carrie, the crazy girl with the even crazier mother,” she said.

Cruz said she always had a problem fitting in; this is perhaps why she is known as a rebel today. “No matter where I went, people were always trying to shape me into someone I didn’t want to be,” said Cruz. Early in her childhood Cruz was labeled as a difficult child with a severe learning disability.

“Lucky for me, I grew up in a bad neighborhood where being stupid was pretty cool,” said Cruz. At a young age, Cruz began to hear voices. She also began to predict future events with keen accuracy. “I couldn’t spell worth a damn, but I always knew when someone’s husband was cheating,” she recalls.

Cruz explained that she was originally very afraid of her gift. She developed a very standoffish attitude that made her appear to be mysterious and aloof. “My tough attitude was my war paint. It was the camouflage that I put on every day to protect myself from a cruel cold world.” Cruz had another secret that she kept locked in a closet. She was actually very intelligent.

“In high school, I really begin to explore different sides of myself. Something within me clicked, and I realized that I was in control of my life.”

Within a period of four years, Cruz studied and worked hard, and became an honor roll student. Upon graduating from high school, she was the first person in her family to attend college. “I am not even sure how I did it. I just worked and went to school and after four years, I was finished,” said Cruz. Sadly, after graduation Cruz fell into a deep depression. She found herself alone with no place to go. So she put back on her war paint and black boots and joined the United States Military. “I joined right before the Twin Towers went tumbling down. By trying to escape my own unpleasant world, I walked into one that was much worse.”

Cruz describes the war as being incredibly difficult. “It was by far one of the hardest experiences of my life, but I don’t have any regrets,” she said. Cruz said that the war helped her take her blinders off. “I learned that so many people are suffering in the world. When I came back home, I made the decision that I will never allow myself to get severely depressed again.”

Cruz began to dig deeper into spirituality. She studied virtually every book that she could get her hands on. She earned a Master’s degree in Leadership and Management and she studied different systems, like Tantra, Chakra System and Shamanism. She started writing her manuscript: “When The Shadows Began to Dance.” After three years, it was complete.

“I’ve learned how to tap into a power that is dormant inside all of us,” said Cruz. By doing this, she has been able to help others through holistic healing. Cruz believes that so many people keep their gifts locked away in a closet. They are afraid of the voices that are nothing more than just memories from a hidden path. “I was taught to believe that hearing voices was evil and crazy. So I locked that part of myself away, just as my mother was locked away.” In order for Cruz to heal, she had to accept the things that she was most afraid of. Now she encourages others to do the same. “People need to understand that their fears are a result of conditioning. They need to embrace them and accept the fact that they were born this way.”

About Yamaya Cruz
Yamaya Cruz is a writer of both creative non-fiction and fiction. She currently has two published books, “When The Shadows Began to Dance,” and “Manifesting: Michael Jackson’s Secret to the Law of Attraction.” She has published hundreds of articles and currently has a membership site at newafricanspirituality.com where she teaches magic, manifesting, healing, and the law of attraction. She conducts psychic medium readings and coaches people on how to “listen to their inner voices.” "Cruz is an inspirational speaker on topics such as Manifesting, The Law of Attraction, Women Studies, and African Studies. She is available for public speaking and engagements on these subjects. For more information, please visit http://alternativevibrations.com 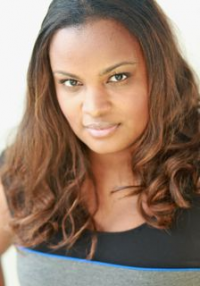