“I feel like most people who do yoga have a great sense of humor and appreciation for life.” said director Celeste Thorson. “I’m so inspired by the physicality of yoga, it’s fun to showcase it in a sitcom through the eyes of these eccentric characters.”

YOGAPHILES follows a group of regular students that flock to studio in Los Angeles for a weekly beginner class.  Their opinions and personalities clash, especially when guest stars are thrown into the mix. Episode one of Yogaphiles can be viewed at http://goo.gl/1kAYH

Mo played by actor Mario Locke (Dirt, The Adventures of Roman and Jorge), is an athletic ladies man who attends class to pick up chicks and hits on everyone except his buddy’s girlfriend Tara played by Katherine Adams (The Kitchen, Shark Pool). Tara is a cute college student who drags her boyfriend Nick to class, performed by Zach Book (The Wire, America’s Most Wanted), to spice up their love lives, Nick doesn’t mind because he has a major foot fetish.  John R. Colley performs as Felix, a gay, music loving, vegan activist who has a catty friendship with Priyanka played by Hayden Shinger (Outsourced, Kill Joy), a South East Asian veterinarian who struggles with her career and overbearing family.  At first, the class is taught by Zoe (Ripley Rader), but when she goes on tour, the free spirited yogini Shaye (Dashama Gordon) steps in to take over class.

Thorson focused on casting more than one ethnicity for YOGAPHILES and featured actors from Asian, African American and Hispanic descent.

Season one of YOGAPHILES highlights the talents of world-renowned yoga expert Dashama Gordon, author of Journey to Joyful, founder of the Pranashama Yoga Institute and performer in over 150 yoga video tutorials for millions of viewers worldwide. Yoga teacher and accomplished actress Jamie Tisdale showcases some of her advanced poses as the guest star of episode three by portraying Eve, a flight attendant. After filming YOGAPHILES as Kalea, a teacher in training, actress Malaika Butoyi went on to train professionally in real life and is now an up and coming yoga teacher in Los Angeles.

When asked about the filming process Celeste Thorson stated, "The whole cast and crew is so talented and the DP Carlos M. Jimenez and steadicam op Justin Garcia are just awesome. We’re fortunate to be able to collaborate with such a great creative group of artists."

The first season is available online at:

About Celeste Thorson:
Celeste Thorson is a filmmaker with comedic appearances on How I Met Your Mother, Jimmy Kimmel Live and The Exes. As a young female screenwriter Thorson has penned 24 episodes of television, several short films and 7 webisodes of Yogaphiles thus far. As the adventurous host of a travel series that airs in over 65 countries worldwide, she raced sports cars, flew fighter jets and skydived in exotic locations. She’s appeared on billboards and magazines as a cover girl and international award-winning model. Celeste is a fusion of several races, Korean, Scotch-Irish, Spanish, Lebanese and Apache Native American. Thorson is a passionate activist for causes like human rights and environmental conservation. She often connects with fans and shares updates about her career and causes on social networks.

For bookings and inquiries contact:
A LA MODE PR
alamodepr@gmail.com 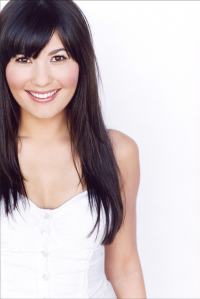 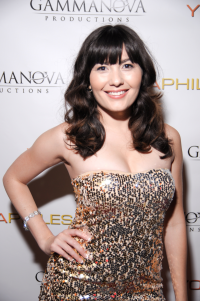