Seattle, WA -- (SBWIRE) -- 01/06/2020 -- Conspiracy theorists from the Infinite Plane Society are gathering online to discuss the possibility of a future a visitation from another world. They believe that invasion is imminent from other "Earth ponds" which "are beyond Antarctica."

This belief is being encouraged by the Infinite Plane Society and many other websites known for covering unexplained flying objects and more. "We know there were hoards of references to major world events in movies and TV shows many years prior most major happening," said Tim Ozman, host of Infinite Plane Radio.

"Ufo visitations are definitely on the table," echoing the feelings of many Storm Area-51 enthusiasts.
"We now see these same types of mass references in everything from movies, tv, music lyrics now as to what's going to happen in the future. We believe they are an advanced civilization coming from Mars or possibly Sirius." Ozman said to his listeners during a late-night broadcast. They say the date of January 13th is encoded into television shows, movies, and news events.

Many Youtube channels are uploading videos sharing evidence of "predictive programming" in pop culture. Aliens from an advanced civilization have been a mainstay of science-fiction for decades giving conspiracy theorists added fuel for speculation. Here are pop culture references giving rise to their theory:

- The movie Red Dawn, the Illuminati Card Game, and other pop culture references indicate something big to happen in Seattle on 11/3

- Most conspiracy theorists agree that the Seattle Space Needle and possibly a football stadium will be the focus of dramatic events to unfold.

It is believed that a light show in the sky will play a role as many of the movie references point to the coming spectacle. For more information contact Infinite Plane Radio at http://infiniteplaneradio.com. 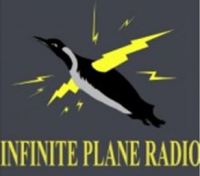